We conjure up images in our heads in order to remember, to solve problems, or to navigate. But one strange medical case suggests that there are other ways to open the mind's eye. 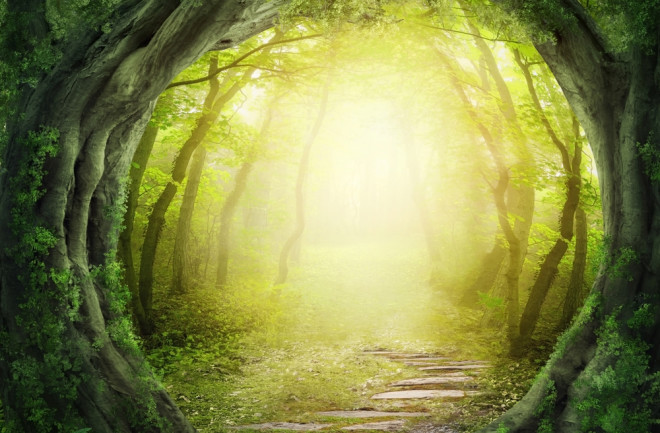 One day in 2005, a retired building surveyor in Edinburgh visited his doctor with a strange complaint: His mind’s eye had suddenly gone blind.

The surveyor, referred to as MX by his doctors, was 65 at the time. He had always felt that he possessed an exceptional talent for picturing things in his mind. The skill had come in handy in his job, allowing MX to recall the fine details of the buildings he surveyed. Just before drifting off to sleep, he enjoyed running through recent events as if he were watching a movie. He could picture his family, his friends, and even characters in the books he read.

Then these images all vanished. The change happened shortly after MX went to a hospital to have his blocked coronary arteries treated. As a cardiologist snaked a tube into the arteries and cleared out the obstructions, MX felt a “reverberation” in his head and a tingling in his left arm. He didn’t think to mention it to his doctors at the time. But four days later he realized that when he closed his eyes, all was darkness.

Worried, MX paid a visit to Adam Zeman, a neurologist at the Peninsula Medical School in Exeter, England. Zeman was so intrigued by the case that he teamed up with Sergio Della Sala, a cognitive neuroscientist at the University of Edinburgh who specializes in how the brain handles visual information. Neither Zeman nor Della Sala could offer MX a cure for his condition, unfortunately, but they recognized a rare chance to study how the mind’s eye works. Della Sala proposed running a series of examinations. MX gave his consent.

The Role of the Mind's Eye

Scientists have long speculated that the act of seeing things in our mind’s eye employs some of the same brain circuits that we use when seeing with our physical eyes. A number of brain scan studies have supported this view. When you look at a person up close, for example, a particular network of brain regions becomes active, including areas that process raw signals from your eyes as well as the more sophisticated regions that recognize individual faces. When you close your eyes and conjure up a face, the parts of the brain that receive signals from the eyes are dormant, but the regions that recognize the features defining an individual again light up.

MX gave Della Sala and Zeman the chance to test two ideas about the role of the mind’s eye in our inner life. Some scientists have argued that the mind’s eye is constantly at work whenever we look at our internal simulations of the world. Stephen Kosslyn, a Stanford psychologist, goes so far as to argue that we rely on the mind’s eye as the best way to make decisions about what we should do in the future. When we start driving home from a friend’s house, for example, we envision the different routes we can take in order to decide on the best way to go.

Kosslyn has his critics. Zenon Pylyshyn, a cognitive scientist at Rutgers University, rejects the idea of a “mental image” as a strategy for figuring such things out. We all have the experience of picturing things in our heads, of course. If someone asks you how many paws are on a cat, you may see the image of a cat in your mind and count the paws. But the experience of using your mind’s eye doesn’t fully explain the mental processing that goes on beneath the surface. There may be other, more essential computations that lead you to your conclusion.

To test these competing interpretations, Della Sala and Zeman put MX through a battery of tests. First they wanted to find out whether the problem with his mind’s eye was just one part of a greater disorder. They tested his other faculties, such as his ability to make decisions and form memories. To see just how unusual MX was, the scientists decided to assemble a group of control subjects who were similar to him except for his complaint, so they recruited 10 male architects around the age of 60.

The tests revealed that MX was, for the most part, pretty much like the other men. He had a high IQ and a reliable memory. He did an excellent job at playing a card-swapping game in which the rules could change unexpectedly. His vision was normal, and he could easily put names to the faces of famous people shown to him. In other words, the vision-processing networks in his brain and his memory systems were in good working order.

When the scientists tested the mind’s eye of MX, though, the difference was stark. The researchers gave all their subjects a standardized test called the Vividness of Visual Imagery Questionnaire. They asked each participant to picture things like a landscape and a friend. Then the scientists had each man rate the image that came to mind. If it was as vivid as normal vision, he was asked to score it a 5. If there was no mental image at all—if the subject knew only that he was thinking of an object—he was to give it a score of 1. Most of the men scored high on the test. MX scored as low as possible, racking up a bunch of 1s.

Della Sala and Zeman scanned MX’s brain to see if they could find the source of this deficit. They first showed him a series of faces. MX’s brain responded in much the same way as the architects’ brains did, activating a network of regions that process vision and recognize individuals. Then the scientists showed their test subjects a series of names of famous people. As they read each name, the men were asked to picture that person. In the brains of the control group, the mind’s-eye regions became active, much as before. But in MX’s brain, those regions remained quiet. Even though the individual regions of his brain were working normally, some of the connections seemed to be down.

All the exams the scientists gave MX confirmed his claim that he was missing his mind’s eye. And yet he could do lots of things that would seem impossible without one. Without any effort he could give the scientists detailed descriptions of landmarks around Edinburgh, for example. He could remember visual details, but he couldn’t “see” them. Della Sala and Zeman asked MX to say whether each letter of the alphabet had a low-hanging tail (like g and j). He got every one right. They asked him about specific details of the faces of famous people (“Does Tony Blair have light-colored eyes?”). He did just as well as the architects.

The key insight came with a test derived from a classic psychological experiment invented in the 1970s by Stanford University psychologist Roger Shepherd. Della Sala and Zeman showed MX pairs of pictures, each one consisting of an object made up of 10 cubes. MX had to say whether the pairs of objects were different things or actually the same thing shown from two different perspectives.

Normal people solve this puzzle in a strikingly consistent way, with their response time depending on how much the angle of perspective differs between the two objects: The bigger the difference, the longer it takes people to decide whether the objects are the same. Some psychologists have interpreted this pattern of results to mean that we really do need the mind’s eye in order to solve some kinds of problems. When deciding if two 3-D objects are the same, we have to mentally rotate them. The larger the angle between the two, the longer it takes to rotate them and come up with the answer. If we used some other kind of reasoning, it would be surprising to see such a reliable link between the difference in perspective and the time it takes us to solve the puzzle.

MX’s results flew in the face of that explanation. When he solved the puzzles, he always took about the same amount of time to answer—and he got every one right. MX’s paradoxical skills reminded Della Sala of a phenomenon known as blindsight. On rare occasions, people will go blind (in the sense that they are not consciously aware of having vision anymore) and yet, when doing some tasks, will still behave as if they can see. Some people with blindsight can navigate through a cluttered room. Some can rotate an envelope to fi t it into a mail slot. And often, people with blindsight find these tests ridiculous. They know they cannot see anything, so why do scientists keep trying to get them to do things that require sight? Della Sala and his colleagues have dubbed MX’s related condition “blind imagination.”

People with blindsight have suffered damage to the pathways along which visual information travels to our consciousness. But the brain also has pathways that lurk outside our awareness, meaning that we can see without actually knowing that we are seeing. Something similar may be happening in MX’s brain. It may be possible to process visual information without actually seeing it in the mind’s eye.

Della Sala speculates that MX suffered some sort of brain injury during his surgery (he won’t speculate as to whether it was a blood clot or something else). The lesion didn’t destroy MX’s ability to recognize faces or process other kinds of visual information, but it did knock out an essential brain region that had allowed him to create images in his head. He could still process visual imagery, possibly by moving that information through other regions of the brain.

Seeing in the Mind

One hint that MX was rerouting visual information came from his brain scans. When he tried to picture faces, his mind’s-eye network was quiet. But other regions in the front of his brain were much more active than the matching regions in the brains of the control group. These other regions may be applying different problem-solving strategies to the same input. MX’s performance on the cube-picture test also suggests that he is making use of alternative parts of the brain. Rather than trying to rotate the objects in his mind, MX apparently found a nonvisual way to match 3-D objects.

Perhaps the most remarkable thing about MX is that he did not need years to develop this new skill. As far as Della Sala and Zeman can tell, he switched over soon after his operation. Perhaps his blind imagination was always available to him, ready to be used. Studies of blindsight suggest that healthy people rely on both the vision we are aware of and the vision that slinks through our brains without our knowing. There may in fact be a little MX in all of us, even if we cannot see him.