Infinity Is a Beautiful Concept — And It's Ruining Physics

Does infinity actually exist, or doesn't it? 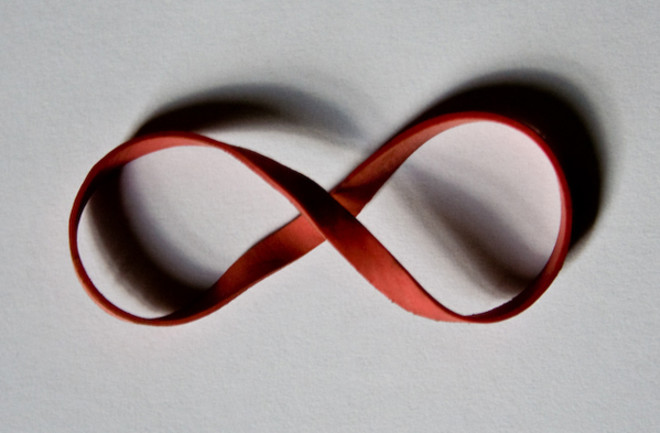 I was seduced by infinity at an early age. Georg Cantor’s diagonality proof that some infinities are bigger than others mesmerized me, and his infinite hierarchy of infinities blew my mind. The assumption that something truly infinite exists in nature underlies every physics course I’ve ever taught at MIT — and, indeed, all of modern physics. But it’s an untested assumption, which begs the question: Is it actually true?

A Crisis in Physics

There are in fact two separate assumptions: “infinitely big” and “infinitely small.” By infinitely big, I mean that space can have infinite volume, that time can continue forever, and that there can be infinitely many physical objects. By infinitely small, I mean the continuum — the idea that even a liter of space contains an infinite number of points, that space can be stretched out indefinitely without anything bad happening, and that there are quantities in nature that can vary continuously.

The two assumptions are closely related, because inflation, the most popular explanation of our Big Bang, can create an infinite volume by stretching continuous space indefinitely. The theory of inflation has been spectacularly successful and is a leading contender for a Nobel Prize. It explains how a subatomic speck of matter transformed into a massive Big Bang, creating a huge, flat, uniform universe, with tiny density fluctuations that eventually grew into today’s galaxies and cosmic large-scale structure — all in beautiful agreement with precision measurements from experiments such as the Planck and the BICEP2 experiments. But by predicting that space isn’t just big but truly infinite, inflation has also brought about the so-called measure problem, which I view as the greatest crisis facing modern physics.

Physics is all about predicting the future from the past, but inflation seems to sabotage this. When we try to predict the probability that something particular will happen, inflation always gives the same useless answer: infinity divided by infinity. The problem is that whatever experiment you make, inflation predicts there will be infinitely many copies of you, far away in our infinite space, obtaining each physically possible outcome; and despite years of teeth-grinding in the cosmology community, no consensus has emerged on how to extract sensible answers from these infinities. So, strictly speaking, we physicists can no longer predict anything at all!

This means that today’s best theories need a major shakeup by retiring an incorrect assumption. Which one? Here’s my prime suspect: ∞.

A rubber band can’t be stretched indefinitely, because although it seems smooth and continuous, that’s merely a convenient approximation. It’s really made of atoms, and if you stretch it too far, it snaps. If we similarly retire the idea that space itself is an infinitely stretchy continuum, then a big snap of sorts stops inflation from producing an infinitely big space and the measure problem goes away. Without the infinitely small, inflation can’t make the infinitely big, so you get rid of both infinities in one fell swoop — together with many other problems plaguing modern physics, such as infinitely dense black-hole singularities and infinities popping up when we try to quantize gravity.

In the past, many venerable mathematicians were skeptical of infinity and the continuum. The legendary Carl Friedrich Gauss denied that anything infinite really exists, saying “Infinity is merely a way of speaking” and “I protest against the use of infinite magnitude as something completed, which is never permissible in mathematics.” In the past century, however, infinity has become mathematically mainstream, and most physicists and mathematicians have become so enamored with infinity that they rarely question it. Why? Basically, because infinity is an extremely convenient approximation for which we haven’t discovered convenient alternatives.

Consider, for example, the air in front of you. Keeping track of the positions and speeds of octillions of atoms would be hopelessly complicated. But if you ignore the fact that air is made of atoms and instead approximate it as a continuum — a smooth substance that has a density, pressure, and velocity at each point — you’ll find that this idealized air obeys a beautifully simple equation explaining almost everything we care about: how to build airplanes, how we hear them with sound waves, how to make weather forecasts, and so forth. Yet despite all that convenience, air of course isn’t truly continuous. I think it’s the same way for space, time, and all the other building blocks of our physical world.

We Don’t Need the Infinite

Let’s face it: Despite their seductive allure, we have no direct observational evidence for either the infinitely big or the infinitely small. We speak of infinite volumes with infinitely many planets, but our observable universe contains only about 1089 objects (mostly photons). If space is a true continuum, then to describe even something as simple as the distance between two points requires an infinite amount of information, specified by a number with infinitely many decimal places. In practice, we physicists have never managed to measure anything to more than about seventeen decimal places. Yet real numbers, with their infinitely many decimals, have infested almost every nook and cranny of physics, from the strengths of electromagnetic fields to the wave functions of quantum mechanics. We describe even a single bit of quantum information (qubit) using two real numbers involving infinitely many decimals.

Not only do we lack evidence for the infinite but we don’t need the infinite to do physics. Our best computer simulations, accurately describing everything from the formation of galaxies to tomorrow’s weather to the masses of elementary particles, use only finite computer resources by treating everything as finite. So if we can do without infinity to figure out what happens next, surely nature can, too — in a way that’s more deep and elegant than the hacks we use for our computer simulations.

Our challenge as physicists is to discover this elegant way and the infinity-free equations describing it—the true laws of physics. To start this search in earnest, we need to question infinity. I’m betting that we also need to let go of it.