III. 'Is Science about Converting People?'

asks Dark Tent and others.. 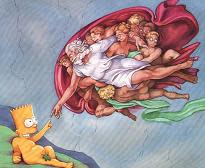 No, not in the religious sense. Still, for far too many people, there is a distrust of science because it's viewed as a threat to the beliefs that they hold above all else. Why should an atheist care? Because the very individuals making important decisions on issues that matter - stem cell research, a woman's right to choose, systems and species to protect, and on and on - hold multiple perspectives. A healthy dialogue is the best manner by which to understand your opponent. It's the most effective way to debate rather than by holding an adamant refusal to acknowledge alternative ideas exist. In Congress I attended the briefings claiming Global Warming was a conspiracy complete with references to Michael Crichton and articulate speakers from esteemed universities. Sure I was infuriated that these folks were in a position to influence policy, but by listening, I could learn how best to make my case. So with regard to those who think I'm advocating acceptance of extremists claiming the Holocaust never happened.. you're simply missing the point entirely and I suspect these comments were composed for shock value. What's interesting is at the core of this, I think PZ and I both advocate a similar theme in encouraging people who think for themselves to participate in thoughtful dialogue. It's just troublesome that passion too often gets in the way of an otherwise sound discussion when folks react first with anger rather than the patience required for a convincing explanation. My point is very simply to promote universal tolerance regardless of where you fall with regard to religion. All of this mud-slinging is counterproductive. It's in exploring ideas and understanding what motivates people by way of nonthreatening discourse where I see hope for the future of our species. Lastly, I'll repeat my perspective that religion has no place in science and that's reason for me to keep what I believe out of the blogosphere. So remember folks - PZ included - don't make assumptions regarding my stance on the 'F' word.