Hundreds of Rogue Planets Could be Discovered with Upcoming Space Telescopes 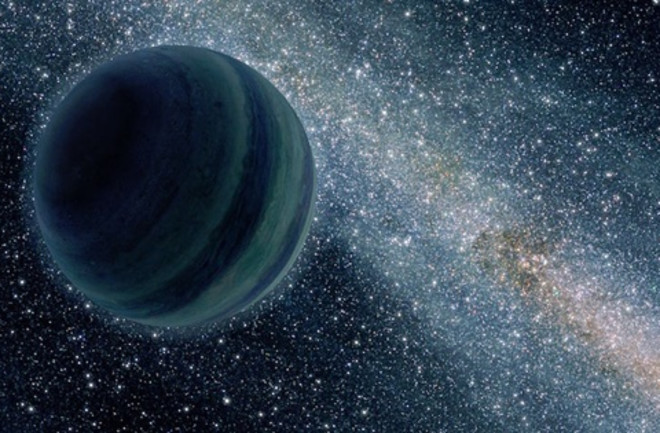 Rogue planets, like the one shown in this artist’s concept, drift through interstellar space alone and are thought to be prevalent throughout the Milky Way. Two upcoming space telescopes could help find many more of these faint objects. (Credit: NASA/JPL-Caltech)

Astronomers have already started to find handfuls of these lonely worlds, but the planets remain mysterious. Two space telescopes set to launch in the 2020s may change that, according to a recent paper published in The Astrophysical Journal Letters.

Rogue planets are hard to study because they’re on their own. When a planet is orbiting a star, astronomers can watch the star to learn more about the planet. For example, when a planet passes in front of its star from Earth’s point of view, astronomers can use information about how much of the star’s light is eclipsed to deduce how large the planet is.

But that’s not possible with a free-floating planet. And because these are small, faint objects, there’s very little astronomers can do to study them directly.

However, space telescopes launching in the next decade could give astronomers a unique opportunity to examine these planets. By detecting the effects these worlds have on surrounding space, they could potentially uncover hundreds of new rogue planets. Combining observations from both the upcoming Euclid space telescope and the Wide Field Infrared Survey Telescope may even let astronomers estimate masses of some of these worlds — a vital part of finding whether a planet is rocky or gaseous.

Astronomers today can study massive objects like black holes and galaxies by watching them warp space-time. And while planets pack meager mass in comparison, they still — ever so slightly — bend space-time according to Einstein’s theory of general relativity. So, when a rogue planet passes in front of a background star from a telescope’s point of view, the warp in space-time around the planet will bend some of the light coming from the background star. Astronomers call the general phenomenon gravitational lensing, and for low-mass objects like planets specifically, “microlensing.”

To the telescopes, the “microlensed” star will seem to get brighter and then dimmer again as the planet crosses in front of it. By training two telescopes on a rogue planet at once, astronomers can see the microlensing phenomenon from two angles and better estimate the mass of the planet than with just one telescope.

“That’s a very precious tool,” says Etienne Bachelet, an astronomer at Las Cumbres Observatory and an author of the new study. The method is one of the only ways to measure masses of free-floating planets, he says. This will be a vital clue to understanding what these mysterious, lonely worlds are really like.