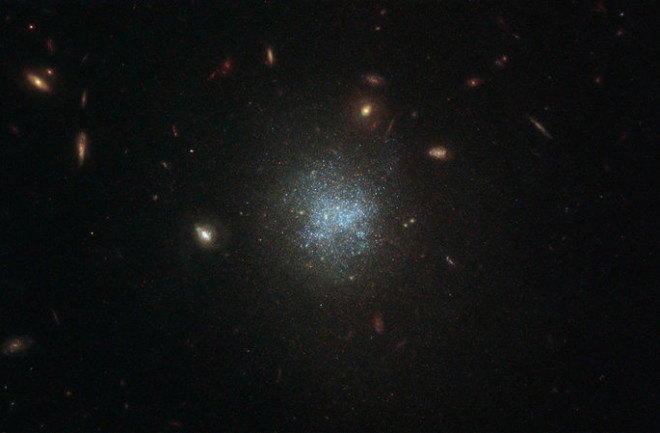 Some 30 million light-years from Earth, a faint monster lurks in the constellation Cetus the Whale. Astronomers dub the object UGC 695, and astronomers recently caught this image of it using the Hubble Space Telescope.

It’s a galaxy fainter than even the background brightness of our planet’s atmosphere, which makes it tough to see with Earth-bound telescopes.

These so-called “low-surface-brightness galaxies” get their signature dimness from the fact that they’re loaded with huge clouds of gas and dust, plus abundant dark matter, while containing relatively few stars spread over a large area. But astronomers still aren’t sure how these galaxies form. And that makes looks like this one from Hubble all the more valuable.