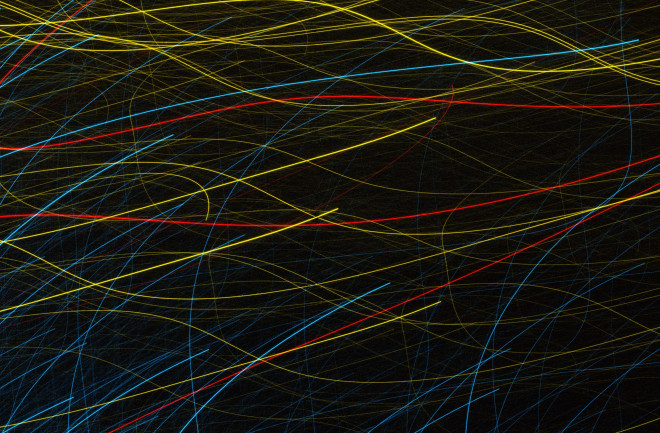 After waiting months to use the Hubble Space Telescope, astronomer Ata Sarajedini was excited to have the instrument at his command. But his pictures were ruined when the guiding sensors failed to lock onto its target. Instead of pinpoints, the stars were rendered as streaks of light. After fixing the glitch, Hubble officials granted the University of Florida professor another session, but the flawed images stayed in Hubble’s database. Imaging expert Judy Schmidt saw artistry in the errors and assembled this abstract image for the Hubble Hidden Treasures contest. “I did this in jest,” Schmidt wrote in a description. “I thought it looked a little like a [Jackson] Pollock painting.”