How to Bend A Diamond 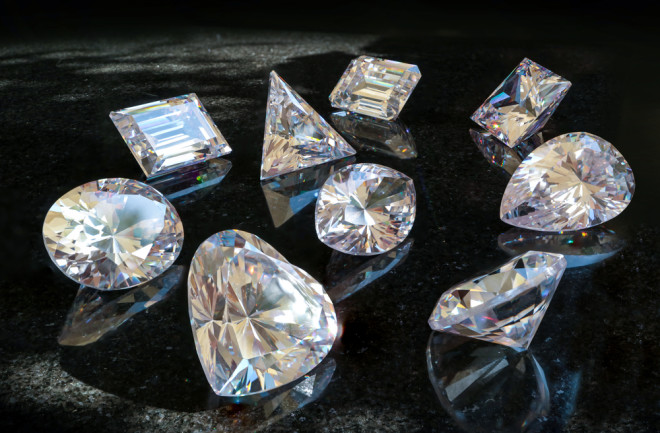 (Credit: The Adventurer/Shutterstock)Diamond is the hardest natural material, but now scientists have shown that it can bend and stretch, much like rubber, and even elastically snap back into shape — even if it only happens with diamonds that are very small. Such flexibility could open up a wide new range of applications for diamond, the researchers say. Diamond is extraordinarily hard, meaning it excels at resisting any change to its shape — that’s why a diamond can cut through softer materials and will only be scratched by another diamond. However, diamond is not especially tough — when enough force is applied to it to change its shape, it doesn’t usually bend, it breaks.

Still, previous research found that, in theory, diamond should be able to flex a bit. The key was to create pure crystals of diamond without any microscopic flaws or variations that would make them brittle. An international team of researchers took thin films of artificial diamonds and etched out needles just 300 nanometers, or billionths of a meter, long.. They next pressed down on these slivers with a diamond probe and watched what happened using a scanning electron microscope.

An illustration of a diamond needle being deformed. (Credit: Image courtesy of Yang Lu, Amit Banerjee, Daniel Bernoulli, Hongti Zhang, Ming Dao, Subra Suresh) The scientists found their diamond needles could bend and stretch by up to 9 percent without breaking and rebound back to their original shape after the pressure was removed. These results approach what the research team's computer models suggested was diamond's theoretical limit of flexibility. By contrast, ordinary diamond in bulk form breaks well below strain levels of even 1 percent. "The hardest natural material, diamond, which is commonly believed to be undeformable, can be bent and stretched significantly," said study co-senior author Yang Lu, a materials scientist and mechanical engineer at City University of Hong Kong. "A diamond needle could be severely bent almost 30 degrees and, more importantly, fully recover."

The unexpected improved durability of diamond could lead to many new applications. For instance, robust and cost-effective microscopic diamond needles could help deliver genes or drugs into cells, Lu said.In addition, when diamond is flexed, it could stretch and squeeze the molecular bonds in ways that could significantly alter its electronic, thermal, optical, magnetic and chemical properties, said study co-senior author Subra Suresh, president of Singapore's Nanyang Technological University. The researchers suggested that further experiments flexing diamond might discover new behaviors for novel applications, "such as a more powerful or colorful laser or maser," Lu said. Controlling how sensitive diamonds are to magnetic fields could also have a variety of sensor applications, said study co-senior author Ming Dao, a materials scientist and mechanical engineer at MIT. For example, diamond with altered magnetic properties could find use in magnetic resonance imaging (MRI) scans. The scientists detailed their findings in the April 20 issue of the journal Science.