Chlorofluorocarbons are a potential signature of technological civilizations, say astronomers. And the next generation of observatories could spot them. 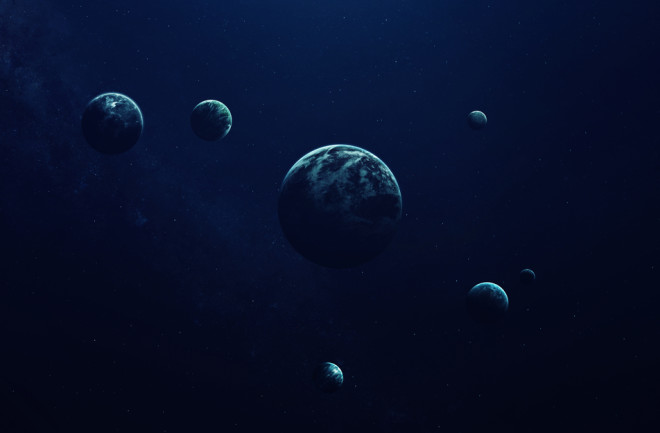 In its earliest form the Search for Extra Terrestrial Intelligence involved the hunt for messages that other civilizations were actively broadcasting for us to pick up.

But another possibility is that these civilizations create passive technosignatures that we could spot, rather like the ordinary radio, TV and radar broadcasts that humans have been generating for a century. These, however, are much weaker.

Then there is the artificial light we produce which illuminates the nightside of the planet. And the possibility that advanced civilizations could build megastructures to harvest energy from the host star and that would be visible across the galaxy.

The latest focus of attention is synthetic chemicals in the atmosphere. These are by-products from industrial processes that can only be produced by non-biological processes.

One candidate is nitrogen dioxide, an exhaust gas produced by internal combustion engines in much greater quantities than non-human sources. So an observation of nitrogen dioxide in the atmosphere of an exoplanet is a potential technosignature (provided natural sources can be ruled out).

Now Jacob Haqq-Misra at the Blue Marble Space Institute of Science in Seattle, and colleagues, say that chlorofluorocarbons are another class of technosignature chemical. These are the ozone-destroying substances used in fridges and as aerosol propellants that, although banned, persist in Earth’s atmosphere.

Haqq-Misra and colleagues ask whether a similar build-up of chlorofluorocarbons would be detectable in the atmospheres of nearby exoplanets orbiting in the habitable zone, such as Trappist-1e, an Earth-like planet orbiting a dwarf star some 40 light years from here. “We find that spectral features potentially attributable to present or historic Earth-level CFC features could be detected,” they conclude.

A key part of their calculation is the James Webb Space Telescope, the most powerful instrument available to astronomers, due to start scientific operations later this year. This machine will be capable of higher resolution observations of stars like Trappist and their exoplanets than have ever been possible.

But detecting chlorofluorocarbons will be at the limit of its capabilities. Haqq-Misra and co say that it should be possible with an observation time of 100 hours, if noise levels are a relatively low 10 parts per million.

The team study two chemicals in particular – CFC-11and CFC-12. One limitation of their approach is that the spectral signature of these substances overlaps with the signatures of other molecules, such as methane, ammonia and hydrogen sulfide. So the observations may not uniquely determine the presence of CFCs.

Another potential problem is that the signal could be overwhelmed if noise levels are higher. The team say that a noise level of just 50ppm would make the technosignature unobservable, regardless of how long the observatory studied Trappist-1e.

Humanity On The Cusp

Nevertheless, even a negative result would place important limits on how much chlorofluorocarbon there could be in the atmospheres of exoplanets. And this kind of work can be done at the same time as other observations looking for other evidence of life on these planets. “Such observations could be carried out simultaneously and at no additional cost with searches for biosignature gases,” say Haqq-Misra and co.

That’s interesting work and just part of the much broader goal of working out how much information astronomers can extract from the data gathered by the James Webb Space Telescope. Clearly, this data can’t come soon enough for this increasingly eager band of excited scientists.

“We find that with the launch of JWST, humanity may be approaching the cusp of being able to detect passive atmospheric technosignatures equal in strength to its own around the nearest stars,” say the team.

Astronomers shouldn’t have much longer to wait.

Ref: Detectability of Chlorofluorocarbons in the Atmospheres of Habitable M-dwarf Planets : arxiv.org/abs/2202.05858