How Phase Change Materials Can Keep Your Coffee Hot

New vegetable-based materials absorb and release heat an unlimited number of times — with applications not just in beverages, but in keeping infants warm and soldiers cool. 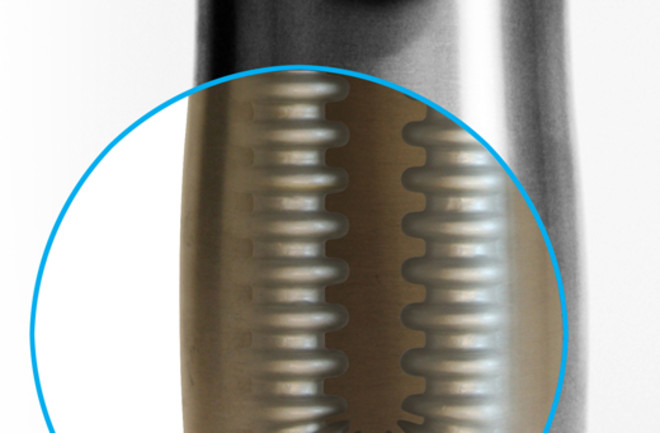 It looks like a typical commuter coffee cup, but inside is a coil of innovation made from veggies. PureTemp

Lukewarm coffee. In the grand scheme of life, it’s a mild vexation, but the same sustainable, nontoxic material that keeps babies warm and soldiers cool can now ensure your cappuccino stays at optimal drinking temperature for hours.

PureTemp, a technology developed by Minnesota-based Entropy Solutions, turns vegetable oils into phase change material (PCM) capable of maintaining a specific temperature between minus 40 and 300 degrees for hours. PCMs have been around longer than our species: Water’s transition from a solid to a liquid at the phase change point of 32 degrees is the most obvious example. So we asked PureTemp Chief Chemical Officer William “Rusty” Sutterlin to explain what’s so cool about this hot new take on phase change.

Read Oil About It

PureTemp technology involves purifying a variety of vegetable oils and then isolating different compounds within the blends. Each compound, Sutterlin says, naturally melts or solidifies at a different specific temperature and can be used as the base material for an application, depending on the phase change point needed.

Other manmade PCMs exist, but most are petroleum- or mineral-based, with varying levels of toxicity, or water-based, with more limited temperature ranges. PureTemp’s claim to fame is that its materials are biodegradable and nontoxic. PureTemp materials also have a broader range of potential phase change temperatures and containment sizes: Its coffee mug, for example, has a rigid inner core of PCM that could fit in the palm of your hand, while blankets and clothing use the material in thin, flexible sheets or pockets of microcapsules.

PCMs have an advantage over other heat or cooling sources: a kind of immortality. “The material never changes composition, latent heat capacity or its phase change point,” Sutterlin says. “Think of it this way: How many times can you freeze and melt and freeze water again before that water goes bad? The answer is unlimited.”

Unlike water’s set solid-liquid phase change point of 32 degrees, manmade PCMs’ change points vary depending on their molecular composition. But they absorb and release latent heat according to the same principles as ice melting (storing heat) and refreezing (releasing that heat).

“As soon as we cause something to solidify, boom, there’s a lot of energy there to harness,” Sutterlin says.

The PureTemp mug's inner PCM core has a phase change point set at 140 degrees, considered the optimal drinking temperature. Coffee is typically brewed, however, at about 190 to 200 degrees.

“You make your coffee and pour it into the PureTemp mug,” explains Sutterlin. “The PCM [inside the core] melts, pulling energy in the form of heat from the coffee.”

It takes a minute or two to reach the optimal drinking temperature — and the PCM’s phase change point. As the coffee cools below 140 degrees, the PCM starts to solidify again, releasing the stored heat back into your coffee and maintaining that perfect drinking temperature.

Aside from keeping America’s java drinkers content, PCMs developed by PureTemp are also being used in far more significant ways, including the Embrace infant warmer; the Cool Vest, which prevents overheating in human and canine troops in Afghanistan; and the Greenbox, which safely transports pharmaceuticals, blood and vaccines. We’ll drink to that.

[This article originally appeared in print as "Running Hot and Cold Forever."]