How many habitable planets are there in the galaxy? 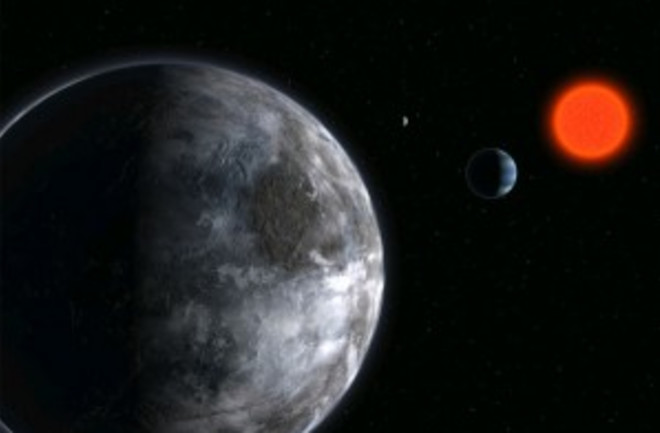 By now you may have heard the report that as many as 1/4 of all the sun-like stars in the Milky Way may have Earth-like worlds. Briefly, astronomers studied 166 stars within 80 light years of Earth, and did a survey of the planets they found orbiting them. What they found is that about 1.5% of the stars have Jupiter-mass planets, 6% have Neptune-mass ones, and about 12% have planets from 3 - 10 times the Earth's mass. This sample isn't complete, and they cannot detect planets smaller than 3 times the Earth's mass. But using some statistics, they can estimate from the trend that as many as 25% of sun-like stars have earth-mass planets orbiting them!

Now, there's a very important caveat here: these are planets that have the same mass as Earth, but that doesn't mean they are very earth-like. The planets the team could find were very close to their parent stars, so they'd be very hot, and uninhabitable. But the good news is that if that trend in mass they saw is correct, the Milky Way is littered with planets the mass of the Earth! If some of them are in the habitable zone of their star... well.

So a funny thing: I was thinking about this very problem a couple of days ago, but from a different angle. How many habitable planets are there in the Milky Way? Not just earth-mass, but also orbiting their star in the so-called Goldilocks Zone, where temperatures are right for liquid water? There's a way to estimate it. And it involves the planet recently announced, Gliese 581g. This planet is about 3 times the Earth's mass, and it orbits its star in the right place. We don't know what it's made of, if it has an atmosphere, or really very much about it at all! But given its mass and temperature, it's potentially habitable. The distance to the Gliese 581 system is what gets me excited: it's 20 light years away. That's close, compared to the vast size of our galaxy. So let's assume Gliese 581g is the closest potentially habitable planet to us. Given that assumption, we can estimate the number of potentially habitable planets in the entire Milky Way! And the math's not even that hard.

Extrapolating from our one example, let's say that habitable planets are roughly 20 light years apart in the galaxy (as we'll see, that number can be a lot bigger or smaller, and the end result is still cool). That means there's one star per cube 20 light years on a side:

Holy wow! That's 20 trillion cubic light years! Now we just divide the volume of the galaxy by the density of stars with planets to get

Oh my. Yeah, let that sink in for a second. That's

planets that are potentially habitable!

What does this mean?

Well, that's a whole lot of planets! That's what it means. What's cool, too, is that this number isn't all that far off from what you can estimate using the report from yesterday. Something like 25% of the stars in the galaxy are like the Sun (that's a rough estimate, but close enough). That's 50 billion stars. If 25% of those have earth-mass planets, that's about 13 billion total, about five times the number I got. I'd call that pretty close! We made a lot of guesses here, so even a factor of ten isn't so bad. And we're not really comparing apples to apples, either, since they were looking for earth-mass planets, and I was looking for earth-like planets. So think about it: 2.5 billion habitable planets is roughly enough for every man, woman, and child on Earth to each have a planet. You can see why I'm not too concerned with the exact math. Even if my numbers are way off, there could be as few as hundreds of millions of planets, or as many as maybe hundreds of billions in our galaxy alone that we could live on! Again, the point being that mathematically speaking, there may be a lot of habitable planets out there. And who knows; some may be marginally habitable and we can terraform them. And then there are moons of worlds, too... I don't think I'm speaking too far out of school if I were to speculate that for every perfect Terra Nova out there, there might be three or four more planets we could live on with some work. Of course, I'm ignoring how we'd get there! But that's an engineering problem, and given enough time -- oh, say, a century or two -- I imagine we can overcome a lot of those issues. If, and when, we do, there will be a lot of real estate out there to poke around in. Per ardua, ad astra!