Our finest glimpse of the largest planet in our solar system. 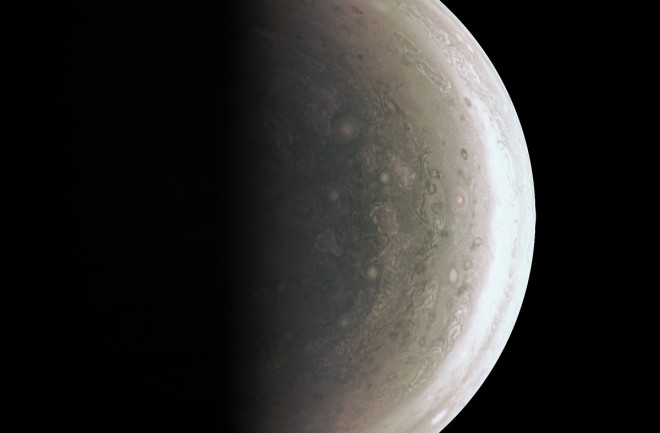 In late August, Juno’s stunning images of stormy Jupiter rewarded astronomers for their patience after more than a decade without a dedicated spacecraft at the planet. NASA scientists now plan to use Juno to skim closer than ever to Jupiter’s atmosphere. | NASA/JPL-Caltech/SwRI/MSSS

NASA’s Juno probe entered Jupiter’s orbit in the fading hours of July 4, giving American researchers one more reason to celebrate. The spacecraft, which will study the solar system’s biggest planet in closer detail than ever before, traveled for almost five years across some 1.7 billion miles. Named after the mythological god Jupiter’s wife, who could see through her husband’s tricks, Juno will peer through the planet’s atmosphere, measure its composition and map its powerful magnetosphere. Early findings revealed unique storm systems on the planet’s north pole and a surprising depth to its ribbon-like cloud patterns. After the 20-month mission, the probe will plummet into Jupiter’s clouds.