How Fast is Your Carrier? Crowdsourcing Mobile Network Quality with OpenSignal 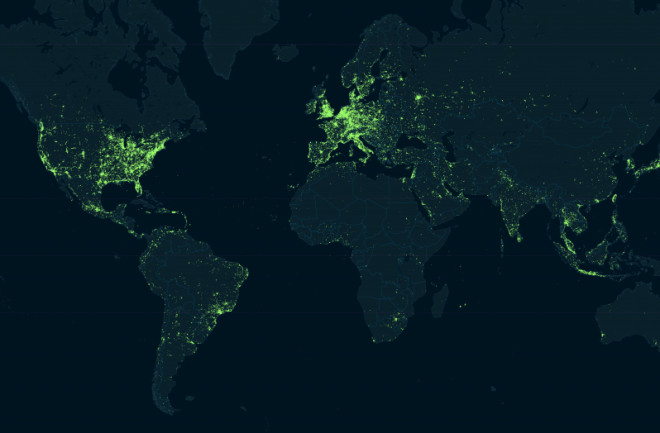 Interested in citizen science you can do on your phone? Check out these cool projects on SciStarter that let you contribute valuable data to research via cell phone apps!

by Nina Friedman I was on a call with Teresa Murphy-Skorzova, Community Growth Manager for OpenSignal, an app that uses crowd-sourcing to aggregate cell phone signals and WiFi strength data throughout the world. Teresa began to explain how OpenSignal maps signal strength and how this process contrasts the way cell phone networks map it. “We aren’t following a pre-determined route like they are; we measure the amount of time a user has coverage, not the …” The connection becomes fuzzy. “Can you repeat that?” I ask. Teresa wonders if my latency connection (a metric used to measure mobile data connection quality) is poor. She explains that while cell phone networks like Verizon and AT&T measure the percent of the population that usually has coverage, OpenSignal is “measuring the experience of the user," mapping signals from the devices themselves in real time. Individuals record their connection as they go about their day. The app recognizes that people and their cell phone devices are, well… mobile. In reception to Teresa’s curiosity about my connection, I opened the app and pressed the start button, trying a “Speedtest”. A number begins to fluctuate on my screen. Download speed: 14.9 mbps. A new number begins to fluctuate, testing upload speed. 5.3 mbps. I felt like I had just played slots, already anticipating my next results. I tried again, and saw that my download speed was up to 17.5 mbps. I wondered what my speeds were at the coffee shops I frequent. What about in the woods where I took a hike last weekend, or in the subway tunnel where my texts rarely send?

Testing the OpenSignal App I had added two data points to a growing 48 billion signal readings, joining more than 1.6 million active users who have mapped signals in all but two countries. One of these users is Thomas Lautenschlager, a Swiss office manager, data nerd, and a crowdsourcing enthusiast. Thomas finds the app particularly useful when he’s traveling, preemptively checking which streets will have the best signal and using the compass feature to move toward the nearest cell phone tower. “I had some friends who changed their operator after comparing coverage,” Thomas says. He helped translate OpenSignal’s website and app into German, making it accessible for those in his area. While individuals learn where to find their own best signals, they contribute to a much larger voice about network quality, Teresa explained. “When a user discovers an area that hasn’t been measured or when they discover an area with poor signal, they’re eager to contribute.” While users are interested in their personal signals, OpenSignal is interesting in tracking the aggregated signal of all devices of a particular location and network. Individual device data is therefore kept anonymous. Some surprising research projects have used OpenSignal’s data to discover implications about health, the economy, and weather. In one of these projects a team at the Royal Netherlands Meteorological Institute (RNMI) collaborated with OpenSignal to expand the rain radar program. Rainfall gradually weakens reception between cell phone towers creating a space-time map of rainfall, or rain radar map, with cellular link data. RNMI looked at OpenSignal data from unlikely rain radar locations. Some areas were remote or impoverished while others had fairly arid climates. They can now determine whether rain radar is feasible on a larger scale. Now that you know what the 4G signal is in my home- try the app for yourself with iPhone or Android. Is your coverage better than mine? Better than your friend who pays twice as much as you for speedy WiFi? There’s only one way to find out.

Nina Friedman is finishing up her undergraduate degree in neuroscience at Colorado College in Colorado Springs. She recently acted as EyeWire’s Education Intern connecting the citizen science computer game to a secondary school curriculum. She spends most of her free time climbing rocks and coming up with science-related pick-up lines to post on the internet.