The energy of the vacuum should have a gravitational effect on large atoms. But physicists' attempts to measure it have puzzlingly come up empty. 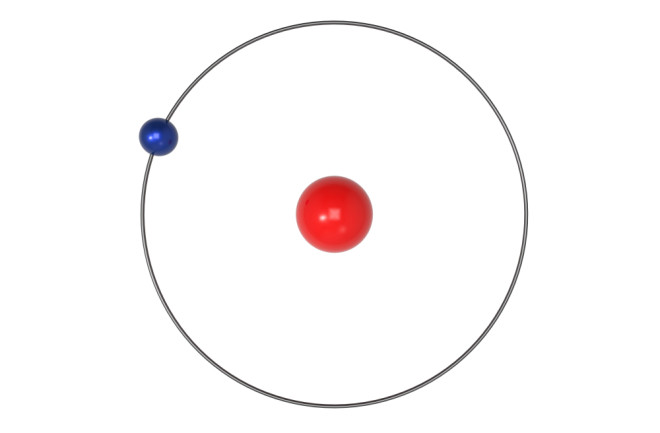 “Probably the worst theoretical prediction in the whole of physics” is an infamous line from a text book on general relativity published in 2006. It describes the parlous state of affairs that physicists find themselves in when trying to calculate the energy density of the vacuum.

Their thinking goes like this. According to quantum field theory, the vacuum is filled with particles leaping in and out of existence in a bubbling froth of quantum activity.

All this activity must be financed by some kind of energy budget, which physicists call zero-point energy. And since energy is equivalent to mass it must exert a gravitational force on the stuff around it. To work out how much gravity is involved, all you have to do is add up all the quantum activity that contributes to it.

This produces a number this is huge, something in the order of 10^117 eV. And that equates to a relatively powerful gravitational effect that would manifest itself as a strong curvature of the universe.

But there is another way of tackling this problem. In recent years, cosmologists have become able to measure the curvature of the universe, given by a number called the cosmological constant. This number also represents the energy density of the vacuum and its measured value is about 0.002 eV.

That is some 120 orders of magnitude smaller than the predicted value, hence the infamous line about the worst prediction.

All this is a clue that there is something amiss about the way physicists think about the Universe. It suggests the problem must lie either with quantum field theory, which describes the physics of the very small and happens to be one of the most successful and accurate theories of all time.

Or that it must lie with general relativity, which describes the physics of the very big including the cosmological constant. It is also one of physics’ most successful theories. Perhaps they’re both wrong.

What would help, of course, is a way to measure the gravitational influence of the zero-point energy on a scale considerably smaller than cosmological.

Now Suman Kundu and colleagues at Syracuse University in New York state have developed exactly that — a way to measure the gravitational effect of zero-point energy on the atomic scale. They say their measurements significantly constrain the effect and place important limits on how gravity and quantum field theory might finally be unified.

The team’s technique exploits exotic atoms, called Rydberg atoms, that behave like hydrogen atoms but on a much larger scale. These objects begin life as an ordinary atom, such as rubidium, but are then excited so that the outermost electron is forced to orbit the nucleus at a great distance.

In these circumstances, the inner electrons shield the distant outermost one from the electric field of the nucleus. So the outermost electron orbits as if it were alone, just like an electron around a hydrogen atom.

The result is a hydrogen-like atom on an enormous scale. A hydrogen atom is just a few picometers across while the outermost electron in a Rydberg atom can orbit at distances measured in micrometers— that’s millions of times larger.

Rydberg atoms are thought to have huge potential in fields as diverse as quantum computing and fundamental physics chemistry. They are also powerful sensors, which is where Kundu and co come into this story.

They reasoned that the electron in Rydberg atom must be influenced by the gravity associated with the zero-point field and that this influence should be detectable in the orbits the electron occupies and the energy levels between them.

Measuring these energy levels should reveal the size of any gravitational perturbation. “The exquisite precision attainable and the relatively large size of excited Rydberg atoms enable us to measure the gravitating properties of the vacuum,” say Kundu and co.

And this is exactly what they’ve done. “Experiments on Rydberg atoms are now capable of exciting the atoms to energy levels of order n = 100 while measuring the energy levels to a precision of 10^−10 eV,” they say.

The results make for thought-provoking reading. Kundu and co say that as far as they can tell, Rydberg atoms do not experience a gravitational effect from the zero-point energy. That doesn’t mean there isn’t an effect but that it must be smaller than about 7 GeV.

That’s nowhere near the size that the naive theory predicts (ie 10^117 eV). But there is another reason it is significant. “This is interesting because it eliminates most of the putative contributions from particle physics which have a scale of at least 100 GeV,” say Kundu and co. “This has interesting implications for cosmology and nascent theories of quantum gravity.”

Exactly what those implications will be, Kundu and co leave for other physicists to determine. But it brings the measurements closer to the value cosmologists measure in the form of the cosmological constant. “We find it remarkable that an atom in a terrestrial laboratory can teach us something about cosmology,” muse the researchers.

At the end of the 19th century, many scientists believed that most of the outstanding problems in physics were close to being solved. These included Ludwig Boltzmann’s’ discovery in 1877 that the energy systems of some systems could be discrete, Heinrich’s Hertz’s discovery in 1887 of the photoelectric effect and the longstanding observation that Mercury’s orbit precesses around the Sun faster than predicted. But the sense was that physicists would find straightforward solutions to these problems in due course.

But these seemingly minor cracks soon turned into yawning chasms that gave birth to the two greatest theories of the 20th century — quantum mechanics and relativity.

Many physicists hope that the problem of the gravitational influence of zero-point energy can be resolvable within the framework of quantum field theory, possibly in a theory of quantum gravity. Perhaps!

But what Kundu and co show is that this crack in our understanding of the universe shows no sign of getting any smaller.