How Citizen Scientists are Creating an Atlas of Turtles in Connecticut 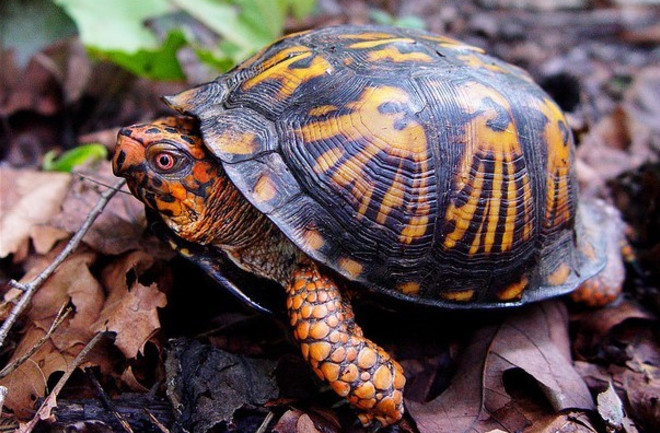 Citizen scientists in Connecticut are creating an atlas of the many species of turtles and helping researchers understand the role of turtles in the ecosystem. Find more information about participating in Connecticut Turtle Atlas, the citizen science project on SciStarter and check out for our newsletter featuring projects you can do outdoors!

Guest post by Russ Campbell Nothing quite says summer like a stroll along the water’s edge and finding a turn of turtles basking on a log or witnessing the slow and deliberate pace of an eastern box turtle. Before these ancient creatures retire to the earth for their winter hibernation, the Bruce Museum in Greenwich asks for your help in mapping the turtle population in the Constitution State. I recently interviewed Tim Walsh, turtle biologist and Manager of Natural History Collections and Citizen Science at the Bruce Museum, on the Connecticut Turtle Atlas.Why was the Connecticut Turtle Atlas created? The Bruce Museum started its citizen science program in September 2014 and brought me on board as the coordinator. Since we had a brand new program without any projects, we first found some things that we participated in immediately like the Cat Tracker and the School of Ants out of the N.C. Museum of Natural Sciences in Raleigh. I’m a turtle biologist by trade so I worked in my interests to create this project. The reason for the atlas is that Connecticut is a pretty rich state for turtle diversity. We have some fairly endangered species like the North American wood turtle and the bog turtle. For the most part, they are fairly well protected by the state, but I don’t think most of the public knows about them. The public mostly hears about turtles like the Galapagos tortoises or a rare Chinese turtle but folks typically don’t think about the turtles in their own backyard as being in any kind of danger. Basically, we were thinking about finding new localities in the state where turtle species haven’t been found and also to create an awareness campaign to get people to think about the animals they may see routinely throughout the spring and the summer. I don’t think about Connecticut as having a diverse population of turtles, but is it fairly significant? We have 12 species out of which the red eared slider, a fairly common one, was introduced to the state. Out of the 12 there are four sea turtles that come into the Long Island Sound as transient residents. We also have the diamondback terrapin, which is a brackish water species. We have the bog turtle, which is dependent on wet meadows and shallow swamps. The wood turtle is relegated to fairly clean water streams and they are usually associated with the riparian zone and associated woodlands. Maybe a good diversity of turtle species is not the right thing to say but there is certainly a diversity of habitat utilization. What role do turtles play in the ecosystem? It’s not very well understood really. There are a lot of life history studies on turtles and we know specifics about the individual species but, how they fit within the dynamics of say food webs, there’s a lot of data that’s lacking. I just finished up a [research] paper with a colleague in Florida on red-shouldered hawks and we found the remains of 12 species of turtles near the nest, all of which had been predated. That’s pretty significant but when you look in the literature, red-shouldered hawks were only known to take three species of turtles as prey. There’s a lot of data floating around among researchers that’s not made available. So you have to wonder if researchers have this kind of data, what do everyday people have that they encounter in their own backyards that we’re just not seeing? That’s where citizen science really comes in handy. You have these data sets that are wading out there with potentially new information, but unless you tap into it, it’s just lost knowledge. In speaking about citizen science, it sounds like anyone can participate in the Connecticut Turtle Atlas? All you need is a smartphone and the app. There was a variation of this project that started about 15 years ago, before social media and iPhone apps. If you found a turtle, you would take a picture, label where you found it, and email it in. Over the years there were around 800 records collected, mostly of snapping turtles and painted turtles, but the project eventually folded. So when I came to the Bruce Museum, that one was ripe for renewal especially with the technology we now have at our fingertips. For me, the fewer steps you have to take to enter the data, the more participation you have. For someone to enter data when they’re on the fly on their phone, it’s like gold for a project like this. What I liked about iNaturalist [the app used to collect data for the Turtle Atlas] is that anything that is deemed threatened or endangered or vulnerable by the IUCN Red List they obscure the public view by 10 km. So the only person who can see the actual location is the person who logged the data and the project coordinator. So it gives protection for endangered and vulnerable animals from people who may want to collect them. The Connecticut Turtle Atlas also allows us to track exotic and invasive species in the area. Generally, when people are at a park and see a bunch of turtles on a log, they are classified as painted turtles, but really they’re a bunch of red eared sliders. It’s a good dialogue to have with people and let them know that those turtles are not supposed to be there because they are usually released as pets. Part of the Connecticut Turtle Atlas that I’d like to promote but haven’t been able to as much of is to do field trips with local participants. I think what happens with a lot of citizen science projects is that there’s not a lot of interaction between the citizen and the scientist. Mostly it’s just plugging in numbers and that’s it. What I really want to do with this project is create a dialogue.

Russ Campbell heads communication at the Burroughs Wellcome Fund, a private biomedical foundation located in Research Triangle Park, N.C. He is a volunteer with the Turtle Rescue Team, based out of the NC State University Veterinarian School. He is the cofounder of the Science Communicators of North Carolina (SCONC).