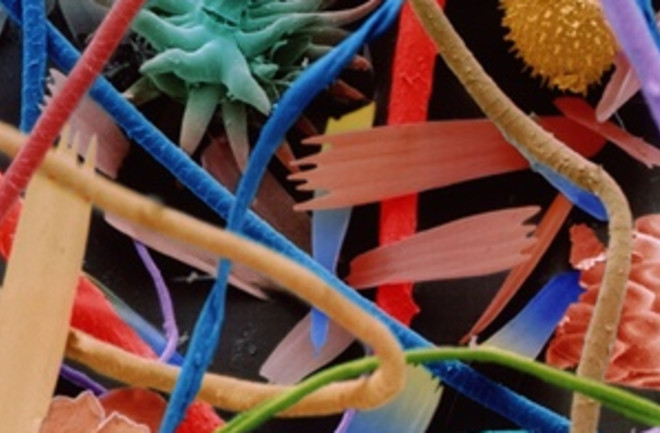 If this were some 1950s sci-fi thriller, the Doomsday Cloud would loom dark and ominous in the evening sky. Each night more stars would wink out along its edges. The cloud would sweep past Jupiter, swallowing it whole, and race on toward Earth. There would be an inky darkness at noon. And so on.

No, nothing is going to blot out the sun. But recent observations and numerical simulations suggest that eventually—in a few millennia, maybe—the solar system may plow into a cloud of gas and dust a thousand times denser than the space we travel through now. This interstellar fog could reduce the sun’s sphere of influence until most of the outer planets are sitting naked in space. Dust and gas will penetrate as far as Earth’s orbit and may begin eating away at the oxygen in our upper atmosphere. The solar wind, now greatly compressed, will no longer provide adequate protection from the high-speed electrons and ions ripping through space. These cosmic rays will tear into the atmosphere, to the detriment of the delicate molecules of life.

This will be one bad cloud.

For worrywarts, comets and asteroids have been the bugbears of choice in recent years. An asteroid, after all, is thought to have wiped out the dinosaurs, and the statistical threat of another strike motivates NASA’s Near Earth Object Program, which aims to locate most of the bodies more than 1 kilometer in diameter that swing close to Earth. In contrast, a galactic disaster is almost certain not to occur in our lifetime, but if one did, it would make a stray asteroid look like child’s play. A giant interstellar cloud would mess up the entire solar system for decades.

Until recently, worry about such events rested on mere speculation. During the past decade, however, astronomers have found real hazards associated with actual objects in the sky. For example, according to recent calculations, the sun will soon be getting a visit from a stellar neighbor—a visit that might send a rain of comets hurtling toward Earth. (Don’t panic. Astronomers are very different from the rest of us when it comes to their sense of time. When they say “soon,” they’re talking at least tens of thousands of years.) And the edge of that possibly disastrous cloud of interstellar gas is less than four light-years away. Of course, it might take 10,000 non-light-years to get here, but in cosmic terms that’s a mere heartbeat.

Danger from above is one of humanity’s oldest fears. The positions of the stars and planets were thought by the ancients to account for everything from the fates of kings to the flooding of the Nile. Comets, in particular, are infamous as harbingers of doom. As astronomers learned more about celestial objects, the specter of supernatural influence naturally began to fade. Seeing the universe through large telescopes in great detail has exposed a whole new layer of worry, however. After all, if the sun orbits the Milky Way every 250 million years, then over time our surroundings are likely to change radically. Instead of putting along in our placid little galactic suburb, we could be clawing our way through the heat and dust of the Milky Way’s arms, a star construction area. Or swinging too close to a giant star just as it explodes. Or smacking into a black hole. Scary, but not terribly likely: We are not close to a star about to go supernova, and we’re a long way from the nearest black hole. All the same, we now know these dangers do really exist.

One of the biggest hurdles to understanding our galactic neighborhood has always been that we’ve never had an accurate map. Astronomers didn’t even know the exact location of some of the nearest stars, let alone all the small, hard-to-see bits of matter. Two of the three locating dimensions were easy enough: Astronomers have little trouble pinning down the latitude and longitude of the stars splayed across the skies. The problem is figuring out the distance between us and the stars. A simple point of light could be a dim nearby star or a brilliant one thousands of light-years away. There is no way to reach out and physically measure this third dimension.

As a result, astronomers have had to resort to a form of binocular vision called astrometry. Images of the sky are recorded about six months apart, during which time the perspective changes due to Earth’s motion around the sun along its orbit, 186 million miles in diameter. Each photo acts something like the image from one of our eyes. By laboriously measuring the slight shift in a star’s apparent position from January to July, astronomers can calculate its distance. The precision of this work is extraordinary: The difference in motion between stars 30 and 40 light-years away is a mere eight-millionths of a degree, or the width of a mite on a catcher’s eyelash as seen from the center-field bleachers.

However, atmospheric distortion creates so many errors that beyond the first handful of nearest stars, figuring distances to other objects in the galaxy amounts to educated guesswork. That’s why a consortium of European nations launched the Hipparcos satellite back in 1989. Working far above the atmosphere, Hipparcos took picture after picture of a million stars, tracking how they swayed back and forth across the sky over the course of four years. Computers, which excel at grunt work, then calculated the distances to an accuracy as much as a thousand times better than anything previously done. Finally, astronomers were able to put most of the stars they can see in their three-dimensional place.

On top of the back-and-forth movement caused by Earth’s orbit around the sun, Hipparcos picked up another kind of motion, one caused by the stars themselves. The sun (as well as all the other stars in the Milky Way, for that matter) is in orbit about the galaxy’s core, and no two stars follow exactly the same path. Each year the sun travels 5 billion miles through space while all the other stars move a bit more or less, and in slightly different directions, so that comparing photographs of the sky taken decades apart is something like watching a movie of a snowstorm one frame at a time.

Sifting through all this Hipparcos data, astronomers Bob Preston and Joán García-Sánchez of the Jet Propulsion Laboratory realized that perhaps the most interesting nearby stars would be the ones that scarcely seem to move from year to year. While most nearby stars drift left or right or up or down across the sky, Preston and García-Sánchez found some 1,200 that appeared to stand still. Like headlights approaching on a highway, these stars were headed straight toward us.

Or, like taillights, away from us. It was a matter of pinning down their direction, which requires measuring the Doppler shift in the spectrum of the light emitted by the stars. Much the way the coils of a spring can be stretched or compressed, wavelengths of light are stretched ever so slightly as a star moves away from us or compressed as it moves toward us. Looking for this slight stretch in the spectrum of starlight is exacting work, and consequently, of Preston and García-Sánchez’s 1,200 seemingly unmoving stars, only about 500 have had their full motions calculated.

Projecting these motions and the sun’s 155-mile-per-second track some 10 million years backward into the past, scientists have found no star coming closer than 3 light-years, a comfortable distance and one that also happens to correspond with our experience. The average separation between neighboring stars in our neck of the woods is 7 light-years, Preston says, and our closest neighbor, Proxima Centauri, is 4.3 light-years off.

Preston and García-Sánchez also projected the paths of the sun and stars from their present positions to 10 million years into the future. “Barnard’s star, some 6 light-years away at present, gets relatively close in 10,000 years, closer than Proxima and Alpha Centauri are now,” Preston says. “But those stars are heading toward us as well. Some 25,000 years from now, Proxima and Alpha Centauri get inside about 3 light-years.”

At that distance, Alpha Centauri will be almost twice as bright as it is today, but that’s as interesting as it gets. Preston was looking for something a bit more dramatic. “The real impetus of all of this was the fact that the Oort cloud—this vast reservoir of comets thought to surround our solar system—extends out 1.5 light-years,” Preston says. “It’s been postulated that close encounters by other stars could disturb this cloud and throw a lot of comets into the inner solar system, with possible collisional results with the inner planets and possible biological consequences.” Translation: We’d be screwed. “That’s what really drove us to have a look at this.”