Prompted by a comment below I was curious as to the correlation between intelligence and income. To indicate intelligence I used the GSS's WORDSUM variable, which has a ~0.70 correlation with IQ. For income, I used REALINC, which is indexed to 1986 values (so it is inflation adjusted) and aggregates the household income. Finally, I limited my sample to non-Hispanic whites over the age of 30 (for what it's worth, this choice also limited the data set to respondents from the year 2000 and later). The results don't get at the commenter's assertions, because 10 out of 10 on WORDSUM does not imply that you're that smart really. But the trendline is suggestive. Note that aggregated 0-4 because the sample size at the lower values is small indeed. 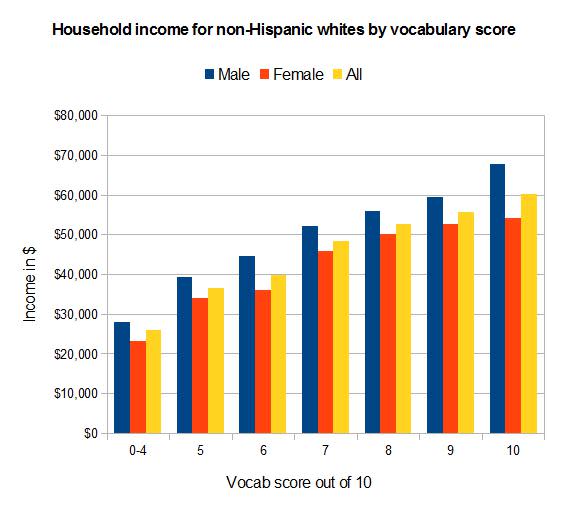