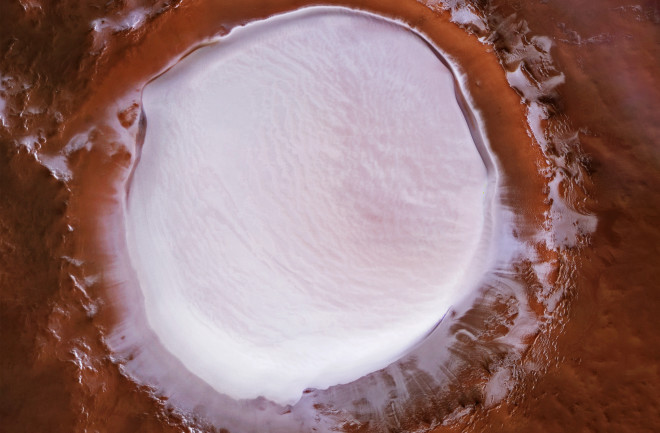 Mars is a cold, dry place where liquid water appears only fleetingly. But caches of water ice exist: In the northern lowlands, Korolev Crater holds an enormous reservoir over a mile thick in places. This photograph from the European Space Agency combines five different images to reveal the 51-mile-wide crater and its ever-present ice. Unlike other, more temporary ice deposits on the planet, Korolev is expansive enough that the thin Martian air settles over it and creates a chilly layer that acts as a cooling shield, keeping the crater continuously icy. This photo comes from the Mars Express orbiter, which has been snapping pictures since it first started circling the Red Planet in 2003.

[This story originally appeared in print as "Martian Oasis."]