Heads Up! A Chinese Space Station Will Plummet to Earth Within Months 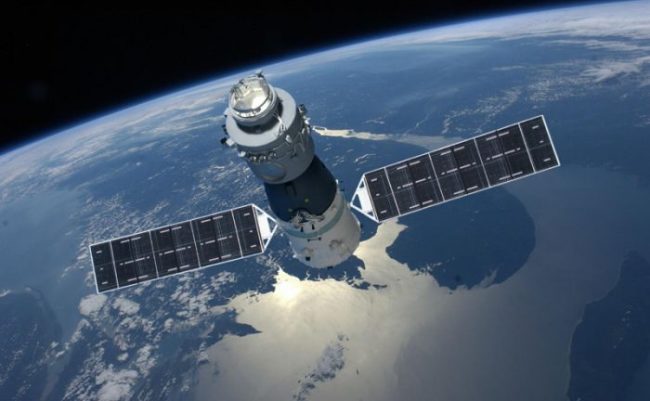 When you go outside you may expect rain to occasionally fall from the sky, maybe even excrement from our flying friends — but a rogue space station? As we learned from Sir Isaac Newton, “What goes up must come down,” and China’s Tiangong-1 space station is coming down fast. The space station will plummet to Earth any time between now and April 2018, the Guardian reported last week. News broke in September 2016 that the 8.5-ton space station, called Tiangong-1, meaning “heavenly palace,” was indeed falling to Earth. Over the past two decades, China has asserted itself as powerful space-faring nation. Tiangong-1 was launched into space in 2011, just eight years after the country's first astronaut orbited Earth. At this time, China’s first addition to the core module was the Tiangong-2, which launched last year, appears to still be operating. Most pieces of the Tiangong-1 will disintegrate upon re-entering the atmosphere, but Harvard University astrophysicist Jonathan McDowell told the Guardian that some parts of the station, weighing up to 220 pounds, could remain in tact. Let’s just say you don’t want to find yourself in the Tiangong-1’s line of fire; fortunately, there's a pretty good chance any debris will land in the ocean. “Yes, there’s a chance it will do damage, it might take out someone’s car, there will be a rain of a few pieces of metal, it might go through someone’s roof, like if a flap fell off a plane,” McDowell told the Guardian in 2016. But he said it won’t be widespread damage. Sorry to say, but an umbrella might not save you from this fast falling space debris. May the odds be ever in your favor.