Astronomers think some black holes must have formed soon after the Big Bang. But nobody has found evidence of them ... until now. 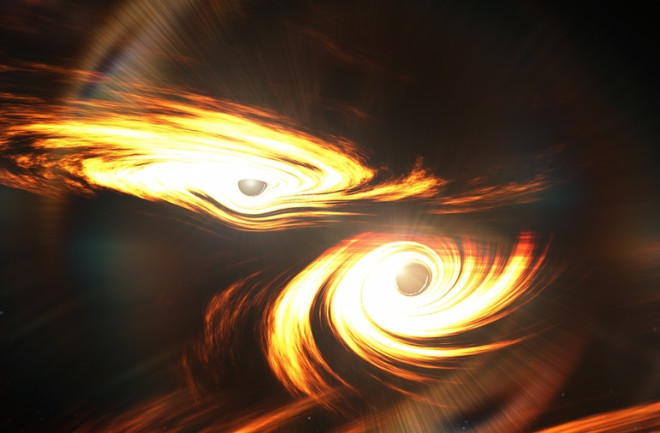 Black holes come in a number of varieties, depending on how they are formed. Conventional black holes form when stars run out of fuel and collapse in on themselves. If the star is massive enough, about three to ten times the mass of our sun, it forms a black hole.

Another type are the supermassive black holes which sit at the center of many galaxies and are many millions of times more massive than our sun. There is plenty of evidence of both these types of black holes.

Then there are primordial black holes, much more mysterious objects that are thought to have formed soon after the Big Bang. The thinking is that random fluctuations in the distribution of mass in the early universe must have created some regions dense enough to form black holes.

However, nobody knows if primordial black holes actually exist. Astronomers just haven’t been able to gather the evidence.

That is beginning to change. In 2016, astronomers began operating a gravitational wave detector called LIGO that can measure the way the universe rumbles when two distant black holes collide. Since then, they have spotted 47 collisions between black holes of all kinds of different masses. And that has given them an interesting database to study.

Now the latest analysis suggests that more than a quarter of these collision involved primordial black holes. “If confirmed, these results would imply that the LIGO/Virgo collaboration could have already detected up to 24 binary black holes formed in the early universe,” say Gabriele Franciolini at the University of Geneva and colleagues, who carried out the data analysis. This would be the first observation of any primordial black hole.

First some background. The new database of black hole collisions has thrown up a number of conundrums. Chief among these is that some of the observed black holes are too big to have formed via the gravitational collapse of stars. These black holes must have formed in a different way.

That’s where primordial black holes come in. The main difference between them and those formed from stars is the range of masses they can take. In theory, these black holes can be tiny — just 10^-8 kilogram — or they can be huge at many times the mass of our Sun.

But various models of the universe rule out the existence of primordial black holes of certain sizes. For example, the British cosmologist Stephen Hawking predicted that black holes would emit radiation and over time, this would cause them to shrink. If so, any black hole born soon after the Big Bang with a mass less than about 10^11 kg will have evaporated by now.

Astronomers have also looked for tell-tale signs that larger primordial black holes would produce. For example, their gravitational fields should act like powerful lenses, magnifying distant objects as they pass in front of them.

However, astronomers have not observed these kinds of “microlensing” events. That doesn’t rule out the existence of primordial black holes but it does place important limits on how many there can be.

Another important factor is how many black holes of stellar origin there should be. This depends on how often they must have formed throughout the history of the universe. Once again there are numerous theories for how this might have happened in star clusters, in gas clouds and so on.

For astronomers studying the dataset of black hole collisions, the goal is to take into account all these competing factors to see which theories and constraints are consistent with the data and which aren’t. That turns out to be a difficult task but the latest study has managed it.

This study uses a powerful statistical technique called Bayesian analysis. It takes into account a wide range of theories for how black holes of stellar origin would have added to a population of primordial black holes from the early universe.

In this way, it can show that black holes are so common that stellar formation cannot account for all of them. So there must be a significant population of primordial black holes as well. “The evidence for a primordial population is decisively favored compared to the null hypothesis,” say the team.

That’s an interesting result, not least because primordial black holes may be able to help another important mystery. This is that the universe seems to be filled with dark matter that we cannot see but nevertheless has a gravitational pull on the stuff we can see.

However, the case for primordial black holes isn’t yet complete. “Our results suggest the tantalizing possibility that LIGO/Virgo may have already detected black holes formed after inflation,” say the team.

Tantalizing it may be, but not yet certain. Astrophysicists will need more data to be certain and for that they will have to wait for the next generation of gravitational wave detectors that are currently being designed.