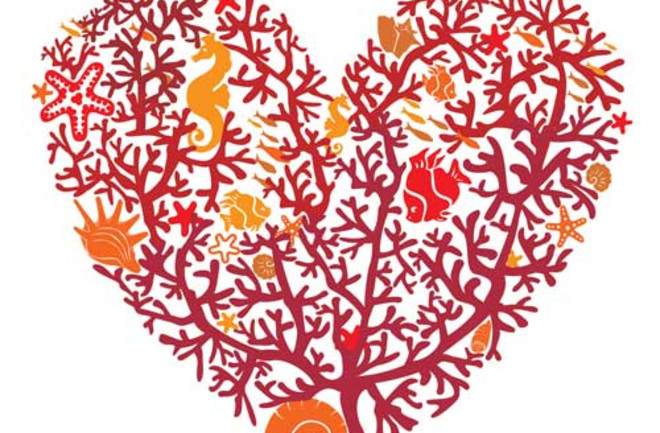 Time to show our love for the oceans! Image from WorldOceansDay.org Today is World Oceans Day, a United Nations-recognized day of ocean celebration and action. This year's theme is simple—Healthy oceans, healthy planet—with a focus on the problem of marine plastic, a topic I recently wrote about for Popular Science. Around the internets, World Oceans Day has been making a lot of waves, with lots of great articles about the importance of marine environments and what all of us can do to make them healthier. It's heartening to see the attention that this day is receiving, including the flood of posts using the hashtag on Twitter*. Here are some of my favorites ocean posts from today:

Explore life beneath the waves in honor of #WorldOceansDayhttp://t.co/pmbmb2Bwgu#WOD2015 via @googlemapspic.twitter.com/2FONaBb3ji — Blue Ventures (@BlueVentures) June 8, 2015

Check out my short film on the #aquarium trade, from #Philippines to NYC, Bringing the Ocean Home: https://t.co/JuGi7Ve6ha#WorldOceansDay — Kelvin D. Gorospe (@kdgorospe) June 8, 2015

What can you do to help make healthier oceans? NOAA's Coral Reef Conservation Program has some simple suggestions

, as does Smithsonian's Ocean Portal

*but it's also slightly sad and sobering that it takes an international effort to draw attention to the importance of the waters that cover nearly three quarters of our planet. Shouldn't every day be World Oceans Day?!