Of the vast library of amazing Hubble images, a few hog all the glory. So for the telescope's 20th anniversary, we bring you 10 pictures that deserve more love. 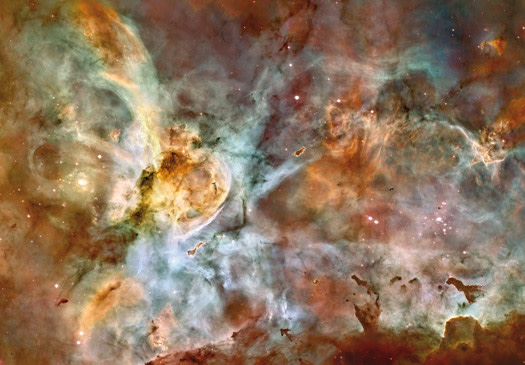 Photo Credits: All text by Andrew Moseman; All images courtesy of NASA.

The stunning pictures of Saturn, the deep field, the Eagle, Crab, and Butterfly nebulae. In its 20 years of operation, the Hubble Space Telescope has taken what are now some of the most famous images in astronomy. But you've seen those over and over. As NASA prepares to mark the telescope's two-decade anniversary on April 24, we thought we'd bring you a selection of the Hubble's slightly less famous--but still gorgeous--contributions.

These ravishing images come from the new book by Edward J. Weiler, Hubble: A Journey Through Space and Time, published by Abrams Books in collaboration with NASA.

This is the Carina Nebula, and the image represents a 50-light-year-wide swath of the star-birthing region. On the far left lies the star Eta Carinae, flanked by double clouds of gas and dust. 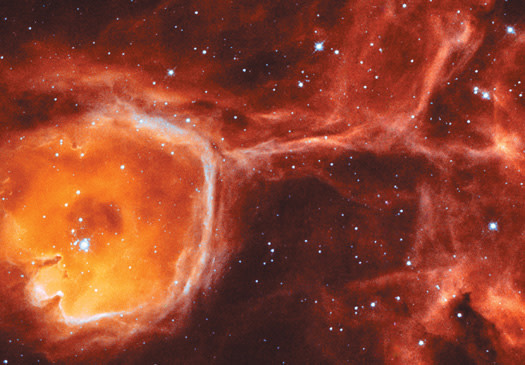 This nebula is a bubble, and it's a bubble because intense blasts of stellar wind and radiation for a nearby star have cut through the dust and hollowed out the middle. N44F lies in the Large Magellanic Cloud, one of the closest galaxies to our own Milky Way. 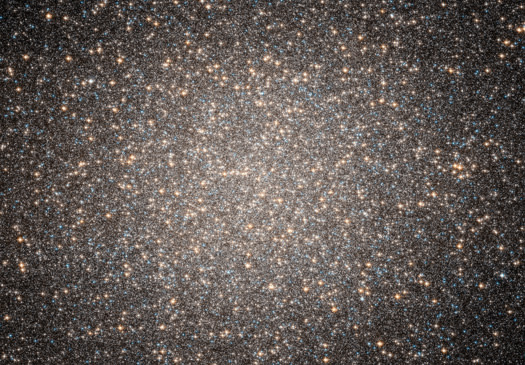 The light of two million stars combines to form this image of the core of Omega Centauri. When you've got two million stars to gawk at, not much else needs to be said, except this shows only one-fifth of the stars in this globular cluster.

About 44 million light years away sits NGC 5866, the Spindle Galaxy, seen here in an edge-on view that reveals its thinness. It's getting old fast. NGC 5866 is a lenticular galaxy, a type that has a central bulge and flat disk like our Milky Way, but appears to lack the spiral arms that decorate our own galaxy. The galaxy is running out of raw gas and dust, with the dark streak representing the last material available for star formation. It may not be immediately obvious the first time you see this image, but notice the ring of slightly darker color around the center. That's a simulated map of the dark matter halo around galaxy cluster Cl 0024+17, superimposed on a Hubble picture. The ring may have been formed when two galactic clusters collided.

Images like this are one of the ways researchers detect dark matter through its effects. In this case, Hubble observed how the gravity of this cluster distorted the light from more distant galaxies, and determined that the cluster's ordinary matter couldn't account for all of the distortion. 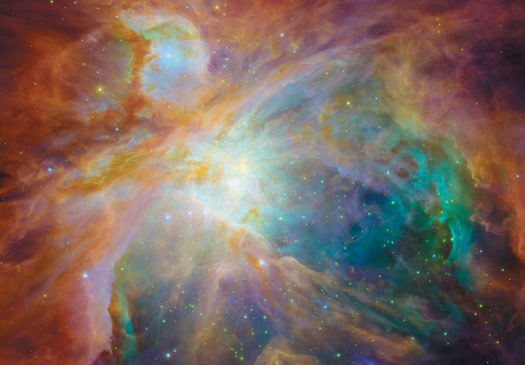 If you've ever taken a peek at the constellation Orion, you've seen the Orion Nebula. Though, to the naked eye it probably didn't look like this. Four stars collectively called the Trapezium form the center of the nebula, which to our eye looks like the brightest star in the sword of Orion. But to the Hubble's infrared, visible, and ultraviolet sensors, it looks more like an Impressionist masterwork. 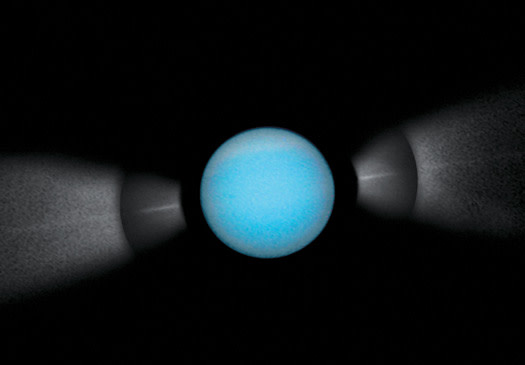 Uranus isn't interested in catching our attention. There's no denying it. While all the planets orbiting the sun closer than this tilted blue giant have been known to humans since ancient times, Uranus wasn't spotted until William Herschel saw it in 1781. Its rings remained unknown until 1977. And only once every 42 years, half its 84-year orbit, are the rings tilted on edge toward the Earth.

That happened in August 2007, and Hubble was there to catch a glimpse. 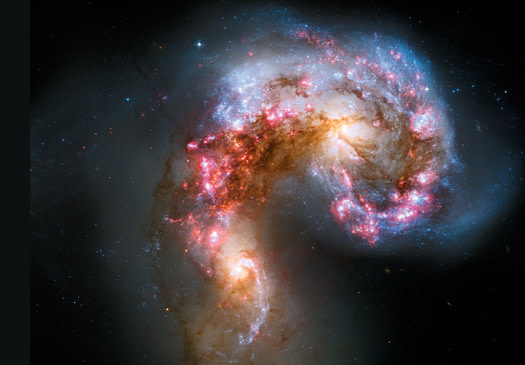 This one's more familiar, but too lovely to skip. In 2006 Hubble captured the Antennae galaxies merging, and billions of star births beginning in the midst of the collision. The two orange dots are the cores of the old galaxies. Pink is hydrogen; blue the star-forming regions.

This image is also a look into the future. In a few billion years our own Milky Way will smash into our neighbor galaxy, Andromeda, and perhaps it will look something like this to the aliens watching from afar. 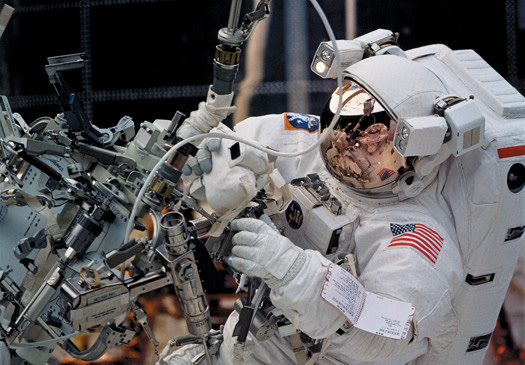 Following the April 1990 flight that deployed Hubble in orbit, which was piloted by current NASA administrator Charles Bolden, five servicing missions have traveled to the telescope. The seven astronauts aboard shuttle Atlantis flew the fifth and final mission in May 2009. 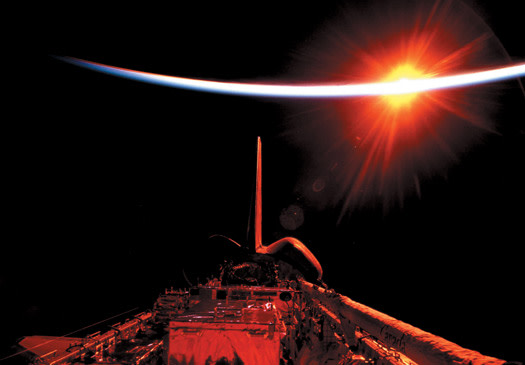 The sun sets behind the Earth during a shuttle Discovery mission. Hopefully, last May's upgrade will sustain the Hubble for five more years, delaying its sunset until 2014. That's the year that its intended successor, the James Webb Space Telescope, should ride into space.