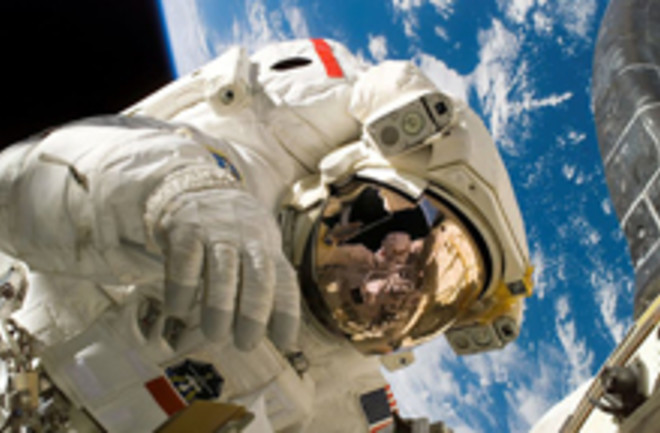 This morning, astronauts at the International Space Station are once again venturing outside of the ISS, undertaking the third spacewalk in their attempt to fix the station's cooling system. The crew is in no immediate danger, as their backup cooling system is working. However, the ammonia leak in the coolant system caused the astronauts to turn off some experiments and backup systems keep keep the ISS from overheating.

The space station has been working at reduced cooling capacity since the pump first failed on 31 July. The enormous pumps circulate ammonia in heat exchangers outside the station, where water cannot be used because it would freeze [BBC News].

During their first two spacewalks, one of which went on for eight hours

removed the leaking old pump. This morning they managed to free the new one from the platform where spare parts are kept. It should take one more spacewalk after today's to complete the job.

NASA station managers have said the ammonia pump failure has been one of the most challenging repairs for the International Space Station ever attempted. The cooling system is so critical to station operations that a pump repair is one of 14 major failures for which NASA engineers have prepared emergency plans for in advance, they added. There are four spare ammonia pumps on the space station, one of which will be used for this repair. Each pump weighs 780 pounds (353 kg) and is 5 1/2 feet long (1.6 meters) by 4 feet wide (1.2 meters) [Space.com].

might be wondering whether all those rocks pose a threat to astronauts floating around outside the ISS. But NASA meteor experts say

that even with Earth traveling through this haze of comet leftovers, the threat to astronauts is still less than that posed by the space junk orbiting our planet. Related Content: 80beats: Space Station AC Still on the Fritz After 8-Hour Spacewalk

80beats: Perseid Meteor Shower: When & Where To Catch the Sky Show