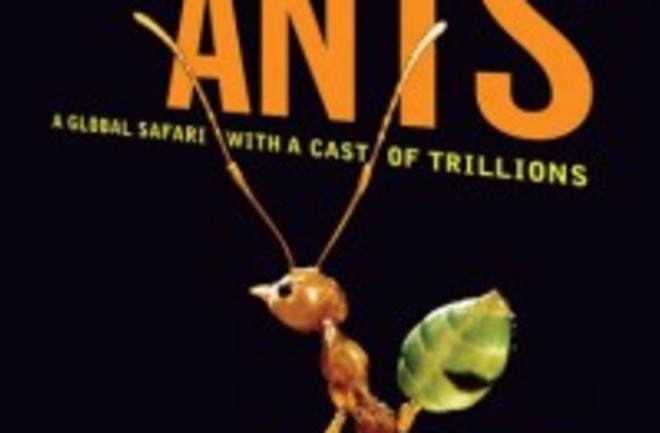 It was in Uganda that I encountered one of Africa’s most dangerous predators. I was counting chimpanzees in the Ugandan jungle, when I felt a sharp pain on my forearm. I pushed up my shirtsleeve. Attached to my skin was a giant ant the size of my toenail. Its head was so big I could see the serrations on it pincers that had dug halfway into my skin.

I flicked it with my other hand. It didn’t move. I brushed it, harder. It just wiggled all six legs and bit more deeply. I started to panic. I grabbed the ant between two fingers and pulled as hard as I could. Its body came off in my hands and its head was still firmly embedded in my arm, blood pooling around its knifelike jaws.  As if on cue, a thousand kindred mandibles sunk themselves into my flesh. I looked down. I was covered in them.

And so I learnt one of Africa’s most valuable lessons: ignore ants at your peril.

I wish Mark Moffet’s book had been around at the time, because then I would have understood how impressive, wondrous, and magnificent ants truly are. They weigh * of the world’s biomass…

For those who have never thought much about ants besides brushing them from your socks, Moffets tells some astounding tales. The Amazon ants abduct * ants at birth, storming * nests to abduct the pupae. Named after the female warriors who were rumoured to steal children and bring them up as their own, the Amazon ants take their captured quarry back to their own nest, * slaves take over, raising the larvae as slaves. Amazon ants are surprisingly helpless, they depend on their slaves to find food * and *. Without their slaves, they would perish. All their energy goes into battling * colonies and abducting the next generation of slaves.

An image that stays with me is of Moffet describing how on the last part of the raid, the slaves run out to meet the returning Amazons and hoist them on their shoulders for the rest of the journey home, while the Amazons lounge on the shoulders of their carriers like conquering heroes.

One of the most striking features of the book is the photographs. Moffet travelled all over the world to bring, what Owen Wilson rightly claims are some of the best photographs of ants in the world. The photographs bring the ants to life with skill that have proudly graced the pages of National Geographic. They pull you in, holding your attention with the loving detail that you miss when these creatures crawl off into the distance with parts of your sandwich.

The Amazing Adventures of Ants is more than a natural history book, although it is an excellent one at that. It is the journey of a remarkable man with the mind of a scientist and the excitement of a boy doing what we all dream of – running to the most exotic places in the world chasing the unbelievable. The tales spread throughout the book will make you want to follow him, and give you a new appreciation for the world’s most overlooked inhabitants.

Vanessa Woods is author of Bonobo Hadshake: a memior of love and adventure in the Congo. She works at Duke University in North Carolina and Lola ya Bonobo in Congo. Read about what she's up to at her Psychology Today blog.