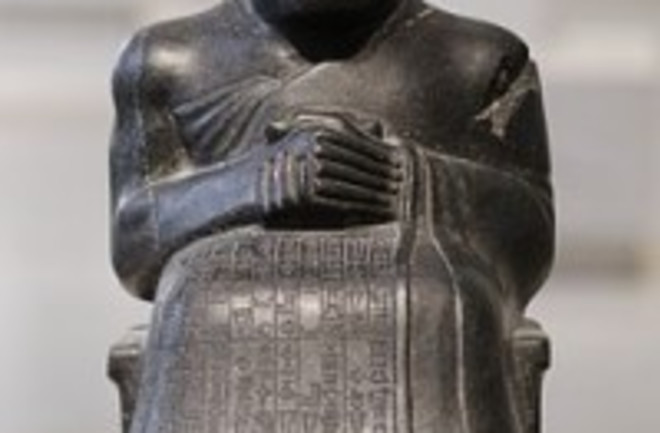 He liked a good brew!Kevin Zelnio recently made me aware of this fascinating piece in The New York Times, For Its Latest Beer, a Craft Brewer Chooses an Unlikely Pairing: Archaeology. Here's the catchiest aspect: a microbrewery is attempting to recreate the taste of ancient Sumerian beer! Why? Though it's purportedly educational, obviously it's also the "cool" factor which is at the root of this enterprise. The brewery doesn't aim to sell this. I say why not! A few years ago Paul Boom wrote the book How Pleasure Works: The New Science of Why We Like What We Like. This may seem like a trivial exploration of a topic, after all, who doesn't know how pleasure works? But when you plumb the depths of genuine hedonism there are often rapid diminishing marginal returns when you simply apply a robotic calculus of more sensory vividness. Rather than a stronger chocolate, sometimes you want a finer chocolate. But what does that even mean? One thing that a standard hedonistic account of pleasure often underplays is that it is not a simple toting of sensory qualities. Rather, it is the essence of the thing that matters.

Credit: www.kremlin.ruAn example will suffice to illustrate what I'm talking about. There is a bizarre story in the media right now about Vladimir Putin being involved in stealing a Patriots Super Bowl ring. I haven't followed the story closely. But, I can tell you that the reason this is a story is not because of the physical value of the ring. It is because

it is a Super Bowl ring.

Rationally as human beings we understand that things are reducible to quarks and leptons, but hundreds of millions of years of evolution have hard-wired us with a sort of essentialism which tell us deep in our bones that there is a fundamental ineffable ontology to particular objects in the world. The nature of these objects is tied not just up in what they are in a proximate sense, but where they have been. How does this apply to Sumerian beer? I believe one of the appeals of the Paleo diet is that it is purportedly the diet of our ancestors, and that has an innate appeal, because it feels deeply authentic.* This has pleasurable consequences. Similarly, the idea of drinking like the Sumerians has genuine value in and of itself in terms of hedonism, no matter the quality of the beer. Because of the downsides of modern processed foods one might argue that a fad for retro ancient food rooted in irrational instincts may actually be greatly beneficial to our society.

Delenda est processed food!Of course the qualifier here is that we'd eat like a prosperous Roman, not the marginal peasant subsisting on gruel. But though there is an aspect of contemporary culinary arts which tend toward futuristic sophistication, such as molecular gastronomy, there is also a strain which leans upon simple and spare preparations. It may benefit American public health and our gustatory experience if an industry arose which marketed itself not as "health food," but as "authentic food." Eating a hearty Roman meal worthy of Cato the Elder, and wash it out with a beer which would have brought a smile to stern Hammarubi's face! Silly, but sillier than a twinkie? * I do not wish to get into discussing the Paleo diet, but I do think that empirically it is beneficial for many people because it gets them away from loading up on processed sugar rich foods.