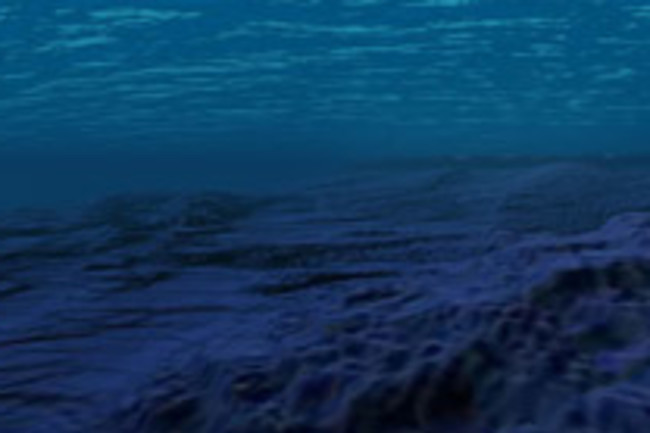 The blank spaces on the map of Google Earth are being filled in, as the company announced today that many of the flat blue oceans on its global replica have been replaced with detailed maps of the ocean floor. Now, users can soar from undersea mountains to the depths of the Marianas Trench, and can explore coral reefs and shipwrecks. Sylvia Earle, an oceanographer who was involved in the effort, says:

"I cannot imagine a more effective way to inspire awareness and caring for the blue heart of the planet than the new Ocean in Google Earth. For the first time, everyone from curious kids to serious researchers can see the world, the whole world, with new eyes," she added [BBC News].

Google's usual satellite imaging can't peer through deep water to map the seabed. Instead, sound is the tool of choice when mapping the ocean floor. Passing sonar arrays over every patch of ocean is beyond even Google's means, so it has had to rely on the US navy for much of the information. As a result, some "sensitive" areas are blank. Other navies and research institutions around the world also provided data [New Scientist].

But the marine scientists who collaborated with Google note that only 5 percent of world's sea floor is mapped in detail, and say they hope the Google Ocean will inspire the public to support further marine exploration. The maps are packed with data that allow users to learn more about many of the ocean's most spectacular features.

By choosing among 20 buttons holding archives of information, called “layers” by Google, a visitor can read logs of oceanographic expeditions, see old film clips from the heyday of Jacques-Yves Cousteau and check daily Navy maps of sea temperatures [The New York Times].

Google recommends that sightseers check out such marvels as deep-sea thermal vents, shipwrecks, and algae blooms. The ocean exploration feature was just one of the upgrades to Google Earth released today, which is available for free download. Google also introduced a feature that allows viewers to scroll back and forth in time, watching as satellite photos record changing landscapes, as well as a "touring" function that lets users create travelogues, complete with audio and video. Finally, Google rolled out a new version of its Mars map, developed in cooperation with NASA.

"The mode enables users to fly virtually through enormous canyons and scale huge mountains on Mars that are much larger than any found on Earth," NASA said in a statement. "Users also can explore the Red Planet through the eyes of the Mars rovers and other Mars missions, providing a unique perspective of the entire planet" [CNET].