Good News! It Looks Like We Can Grow Potatoes on Mars 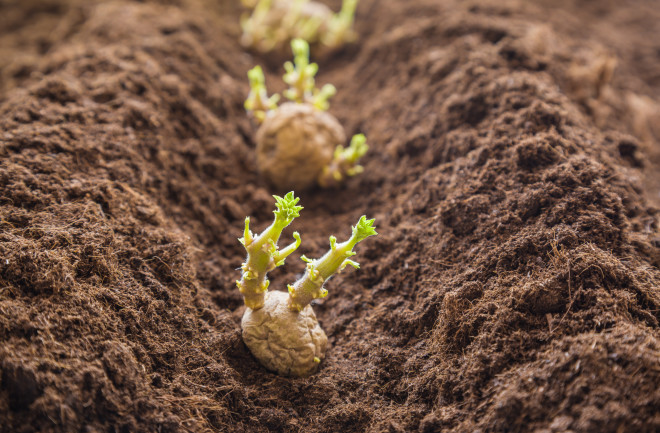 Based in Lima, Peru, the International Potato Center (CIP) is dedicated to collecting and altering potato varieties found around the world. The CIP began as an effort to alleviate global hunger by introducing special strains of the hardy vegetable to places with arid soils and harsh environments. As researchers have begun experimenting with earthly technologies in a bid to extend our reach beyond the planet, CIP has added experiments testing hardy types of potato in near-Martian conditions.

Using a customized CubeSat, CIP scientists designed a hermetic environment that recreates conditions a plant might find upon bursting through the Martian soil. It’s essentially Mars in a box, and the researchers have established Martian temperatures, air pressure, oxygen and carbon dioxide levels inside.

Potatoes were chosen both for their hardiness and genetic adaptability in the face of hardships, CIP potato breeder Walter Amoros said in a statement. The center also distributes unique varieties of potato to communities around the world located in areas not well suited to crop growth. A standout from the Martian experiments was a variety already grown in Bangladesh and adapted to salty environments and abiotic stressors. Further improvements based on their work in harsh Martian conditions will also be useful for terrestrial crops, as well.

“The results indicate that our efforts to breed varieties with high potential for strengthening food security in areas that are affected, or will be affected by climate change, are working,” Amoros said.

A Little Bit of Mars

Last year, CIP attempted to grow potatoes in the closest analogue to Martian soil they could find on Earth: dirt from the arid Pampas de La Joya desert in Peru. The soil there is both dry and salty, similar to soil the plants would encounter on Mars. They succeeded, although the experiment needed a little help from some Earth soil and fertilizers to succeed. The Martian-like soil didn’t have the necessary consistency for the potatoes to tuberize, or begin to grow, and there weren’t enough nutrients for them to prosper.

However, these experiments give hope to would-be Martian farmers, because they’ve proven that, with a little help, Martian soil could sustain Earth life. And although researchers are aiming for the stars, their work will also help fill bellies right here at home.