Our galaxy contains billions of exoplanets. Now game theory has narrowed the search for ones that might host intelligent life and be worth contacting to a single star in the constellation of Taurus. 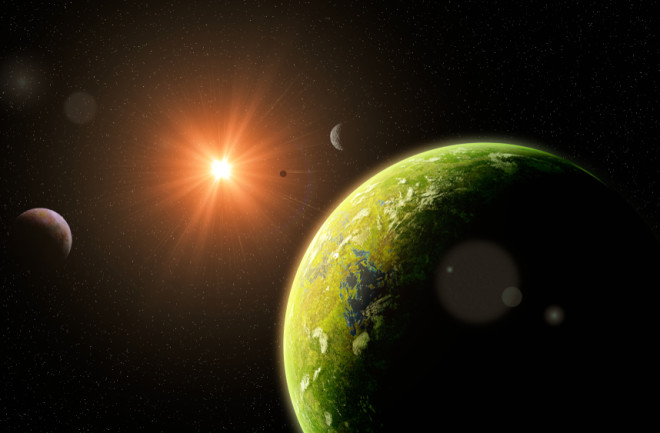 The question of whether to send messages to the stars is fraught with difficulty. The big fear is attracting a more advanced civilization with nefarious intent. Why take the risk?

Indeed, various commentators have pointed out that this fear might explain the famous Fermi Paradox which asks why we haven’t heard from other civilizations. The answer being that either there aren’t any others or that the best strategy for survival is to keep silent lest a more advanced civilization find and destroy you.

But an interesting question is whether the paradox can be resolved in another way. Now Eamonn Kerins at the University of Manchester, U.K., says the paradox can be avoided by using game theory to determine how best to search for and communicate with extra-terrestrial civilizations.

The same strategy also dramatically narrows the field of exoplanet candidates worth studying in detail for potential contact. In fact, Kerins says this process narrows the search for potentially habitable exoplanets that should be considered for contact to just one.

The key idea in Kerins’ approach is mutual detectability. This is the notion that the most fruitful way to search for alien life is to look for places where an observer would have a similar chance of seeing us. “Mutual detectability is a game-theoretic approach aimed at enhancing the chance of communication between two SETI-capable civilizations,” he says.

Of course, both parties will have access to different information. This will be determined by factors such as the luminosity of the parent star, which can swamp or hide the signal from a planet, the orbit of the exoplanet and so on. So mutual detectability is not always symmetric.

So the best strategy is to confine our searches to exoplanets that would allow a civilization to look for us in the same way as we are looking for them. In that case, both would have information in common. Kerins calls this “common denominator information.”

Having found such an exoplanet, the question then arises of who should contact whom. Both parties may decide that discretion is the better part of valor and keep silent. But if not, then game theory suggests that the party with the most common denominator information should speak first. “The onus to transmit falls on the party with superior [common denominator information] about the other party,” says Kerins.

That’s the theory at least. Kerins goes on to apply it to the NASA Exoplanet Archive which currently contains 74 exoplanets in the habitable zones of their parent stars.

By the law of mutual detectability, the best place to look for other civilizations is in the subset of exoplanets that can observe the Earth by the same method. The most popular way of spotting exoplanets is by looking for the slight dimming of the parent star as a planet passes in front of it.

Clearly only a fraction of other exoplanets will be aligned with the solar system to see Earth transit in front of the Sun. Astronomers call this the Earth Transit Zone. And it turns out we know of only potentially habitable exoplanet in this zone.

But should we contact them or the other way round? Kerins’ game-theoretic approach gives the answer. Because K2-155d is a super-Earth around a relatively luminous star, it is more visible to us than Earth is to them. “In this case, the game-theory onus falls on us to transmit to K2-155d,” he says.

So if a civilization on K2-155d is using a similar calculus, it ought to be awaiting our call. Whether we make that call or not is still a difficult question.

This game theoretic approach does not yet reveal a candidate with an onus to contact us. But Kerins says this is because the lower luminosity stars most likely to host these candidates have not yet been well surveyed.

This will change over time, of course. Indeed, he calculates that the Milky Way is likely to be home to thousands of exoplanets both in the habitable zone and in Earth’s Transit Zone that fulfill the game-theoretic criteria for potential contact.

Of course, none of this means that a civilization actually exists on any of these exoplanets; only that if they do, they offer the best chance of contact.

For now, it is only a matter of time before we find an exoplanet where the onus would be on them to contact us. All we have to do is watch and wait. Unless, of course, they are doing the same.