Galaxy Found With No Dark Matter 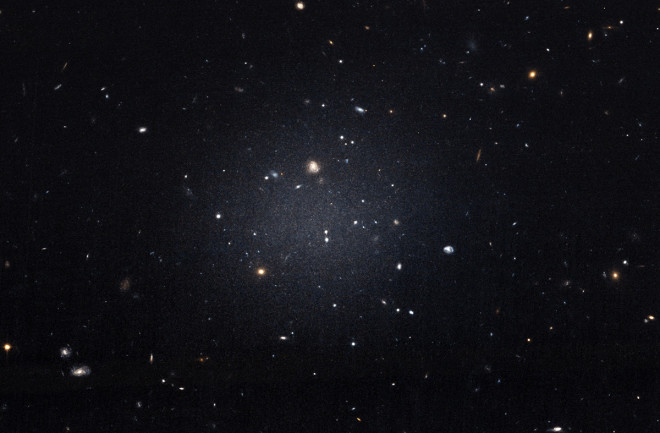 Back in 2018, a Yale University-led team put out a paper claiming that a galaxy called NGC 1052-DF2 was essentially void of matter’s elusive counterpart, dark matter. Because dark matter is supposed to constitute most of the universe, some experts were skeptical that this galaxy had virtually none of it, especially since the 2018 work hung its claim on just a handful of data points. But in a recent study, the Yale team backed up their 2018 announcement with more robust data. As an added bonus, the group published a second paper announcing another galaxy with little to no dark matter. The works add to the ongoing debate over what exactly dark matter is and its role in the universe.

[This article originally appeared in print as "No (Dark) Matter."]