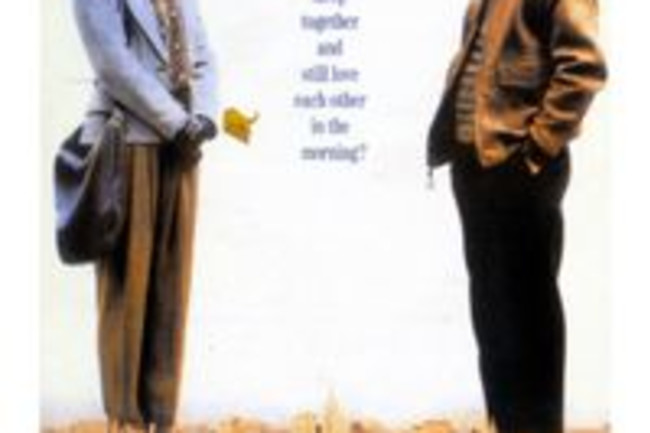 Kicking off your holiday weekend with some lighter fare for Friday. (And as to my thoughts on Columbus and his day.. another time). The Health Section of Tuesday's Science Times featured this article about research out of Michigan State University on 'Friends With Benefits' (or in science speak FWB). Here are the dramatic findings from the abstract in Archives of Sexual Behavior:

Admittedly, I don't have all the details and recognize it's common to spin science on it's head for a good story. That said, if I understand the abstract correctly, this NYTimes worthy research - heralded as the first study to explore the dynamics of such pairs - suggests that sex is not always so great for friendship. [cue chirping crickets] Okay, sounds like sex makes things complicated, but wait, wasn't there a movie about this in the 80s? And didn't the topic motivate the plot of some popular TV show for a decade? It's no doubt an interesting subject, and definitely draws media attention, but I don't know... it sort of leaves me puzzled over why we seem to be once again, stating the obvious.

I mean, for PZ's sake, Helen of Troy noticed sex can lead to trouble a few thousand years ago.

So after the jump, it's my turn to reexamine, dissect, and have a little fun with this stimulating finding... A principle conclusion is that FWB can be stressful, but hold on a just one second - participants were college students - can't that be said of most of relationships for folks in their early 20's? These are typically ambitious young people not sure if their ready to settle down with a long term partner. Furthermore, if the FWB evolves into a LTR (long term relationship), then I suspect subjects would be less likely to perceive they began as such, but rather explain that they fell in love as their friendship blossomed. Language is important and the latter is far more romantic. And what about all the complexities and incarnations of relationships? Say FWBs used to date and now they're 'on a break', 'undefined', or 'exploring other options'. Do both partners necessarily recognize their non-dating status? And what about same sex couples? Were they surveyed, and if so, how do they compare? And foremost, what are the social mores and cultural norms of the participants? Did they grow up in Michigan, Argentina, Kansas, Los Angelos, or Bejing? What shaped their perspectives of gender roles and sexuality? And of course, are they inherently different somehow, from the general population for the very reason that they are willing to participate in a study on sexual relationships? Furthermore, who is the general population? Each question only spurs on more and I'm just curiouser and curiouser... What I'm certain of is that the dynamics for every couple are unique, so it's extremely difficult to make generalizations. That said, many romantic attachments develop between people with mutual respect, adoration, shared values, and history... also known as 'friends'. Naturally, entering into a physical relationship changes everything because each person becomes far more vulnerable with uncertain altered boundaries. It's inevitable, understandable, and well... obvious. Groundbreaking research? Novel idea? Hmmmm.... but then again, who among us doesn't sit with their peers and foray into that ever fascinating subject now and then? Which begs the age old question... 'Can men and women just be friends?' I say absolutely and have several wonderful genuine XY pals to prove it... and some of them are even straight. Really. What do readers think?