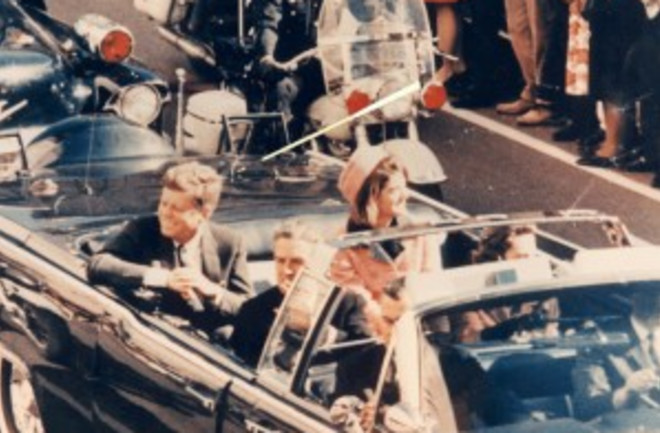 Who doesn't love a good conspiracy theory? Well, here's one with plenty of juicy details--and delightfully hand-drawn figures to boot! This gem from the journal Medical Hypotheses

(which used to publish conceptual articles without peer review) lays out the "evidence" that President Kennedy was not shot with a gun, but rather was killed by poison arrow, possibly shot from an umbrella. Surprisingly, The Penguin was never once mentioned in the full text. Unbelievable.