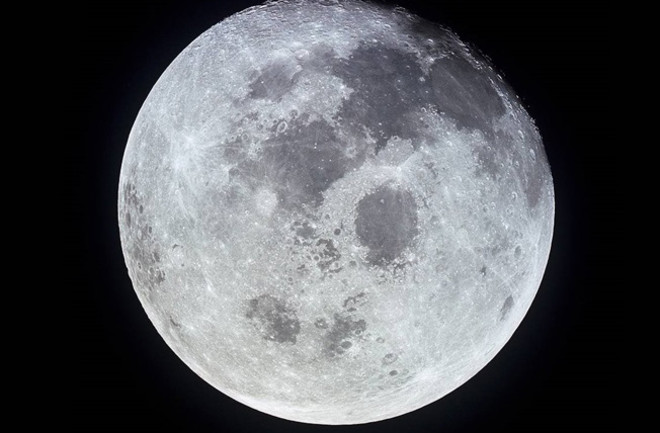 In one Chinese city, costly streetlights could soon be a thing of the past.

By 2020, the Tian Fu New Area Science Society plans to launch an artificial moon to light up the night sky. If the plan goes through, the so-called “illumination satellite” would orbit above the Chinese city of Chengdu and glow in conjunction with the actual moon, but shine eight times brighter. The organization says it will launch three more satellites in 2022 — potentially replacing streetlights in urban areas. The plans were announced by Wu Chunfeng, head of the society, at an innovation conference in Chengdu on October 10.

Will it actually work, though? Discover takes a look at the science.

Chunfeng told China Daily that the satellite, launching from the Xichang Satellite Launch Center, will orbit about 300 miles (500 kilometers) above the city and use its mirror-like coating to reflect sunlight down to Earth.

Despite shining light in a similar way, the satellite boasts one advantage that the moon doesn’t — human control. Chunfeng says that both the location and brightness of the human-made moon can be changed, and that it can be completely shut off if necessary. And since the satellite is mobile, it can assist in disaster relief by beaming light on areas that lost power.

The lunar project aims to cut down on costly streetlights in China’s bustling cities. By lighting up just 20 square miles (50 square kilometers) of Chengdu’s night sky, the mini-moon could save the city an estimated 1.2 billion yuan ($174 million) each year.

The three follow-up moons, though, will be able to cover much more ground. The trio will take turns, based on who’s facing the Sun, beaming light on the city streets. Working together, they’ll be able to illuminate 2,000 to 4,000 square miles (3,600 to 6,400 square kilometers) for up to 24 hours.

Plans this big are bound to be met with some apprehension, and the mini-moons are no exception.

In the 1990s, an unsuccessful attempt was made by the Russian Federal Space Agency to launch similar reflective orbiters. After one of their satellites failed during deployment, they ended up scrapping the project.

Chunfeng also said that people have concerns about the moons’ impact on the sleep patterns of humans and animals, but from the sounds of it, the group thinks that the burden will be minimal.

“We will only conduct our tests in an uninhabited desert, so our light beams will not interfere with any people or Earth-based space observation equipment,” Chunfeng told China Daily. “When the satellite is in operation, people will see only a bright star above, and not a giant moon as imagined.”

Apprehension aside, the mission could pioneer a new wave of space energy usage if it ends up being successful. And if not, we’ll at least have a few extra moons to gaze up at.