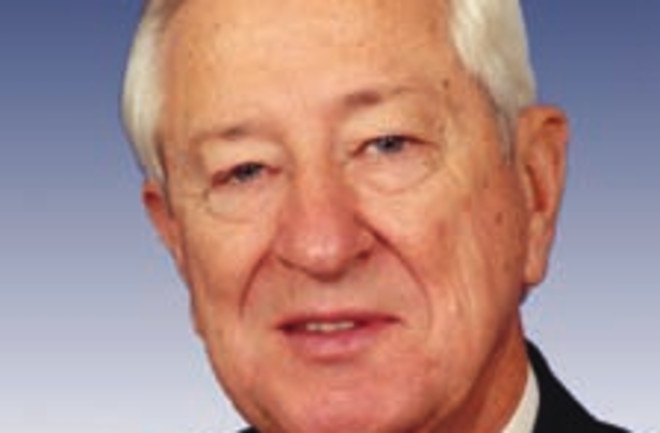 Hey, remember Congressman Ralph Hall (R-TX) who inserted a totally non sequitur amendment into a science research and education funding bill in a blatant partisan ploy to derail the bill and make Democrats look bad? And remember how the Democrats tried to compromise, removing almost $40 billion of the funding from the bill, but Republicans still stonewalled? After the Democrats managed to pass the bill despite this, guess what the honorable Ralph Hall had to say. Go on. Guess. Did you guess this?

"I am disappointed that my Democratic colleagues resorted to using a procedural tactic to defeat Republican changes that would have saved over $40 billion and restored the original COMPETES priority of basic research," science committee ranking member Ralph Hall said in a press release after the vote.

Oh, Representative Hall. It wasn't enough for you to accuse the Democrats of blatant and transparent partisan parliamentary tactics when they were responding to your very own blatant and transparent partisan parliamentary tactics, was it? So you went ahead and blamed them for not saving the $40 billion that they offered to cut to make you happy in the first place. Instead of taking that compromise, you slammed the door in their face. Oh, that wacky, wacky Representative Hall. Hyperpartisan hypocritical hackery doesn't look good on anyone, sir. I sometimes think the Emperor would be better off just coming out and saying he's naked, rather than trying to sell us on his new clothes.

Why Do So Many Humans Hate Wolves?

After Decades on the Rise, U.S. Life Expectancy Has Stalled