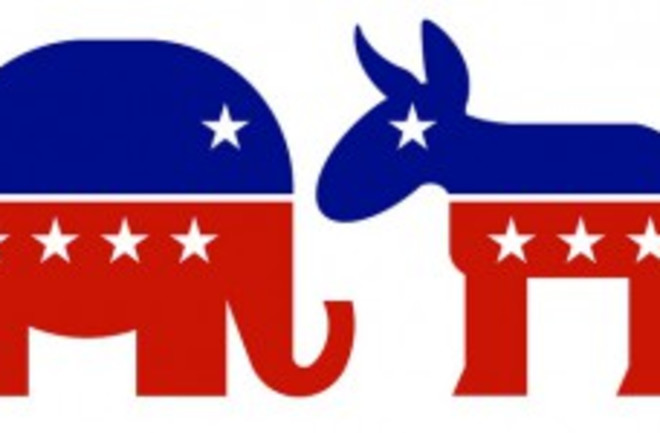 We've reported on a number of studies that try to address the question of what makes people liberal or conservative, and here's another to add to the pile. These researchers found that one difference between liberals and conservatives seems to be self-control--apparently conservatives have more! And this is not just any old correlation; the relationship seems to stem from the conservative ideology that people can choose their outcome in life. When this belief was experimentally reinforced, conservatives exhibited more self control, and less after reading a paragraph explaining how free will leads to frustration and unhappiness (see below for the full text of the paragraph). But there is one thing we hope everyone has enough self-control to do: don't forget to vote!

The self-control consequences of political ideology. "Evidence from three studies reveals a critical difference in self-control as a function of political ideology. Specifically, greater endorsement of political conservatism (versus liberalism) was associated with greater attention regulation and task persistence. Moreover, this relationship is shown to stem from varying beliefs in freewill; specifically, the association between political ideology and self-control is mediated by differences in the extent to which belief in freewill is endorsed, is independent of task performance or motivation, and is reversed when freewill is perceived to impede (rather than enhance) self-control. Collectively, these findings offer insight into the self-control consequences of political ideology by detailing conditions under which conservatives and liberals are better suited to engage in self-control and outlining the role of freewill beliefs in determining these conditions." This is the text that study particpants in the "freewill is not helpful" group read before completing their tasks: "Across a series of papers spanning 50 years, the belief in freewill was consistently shown to increase participants’ feelings of frustration and anxiety. These feelings, in turn, undermined (i.e., weakened) selfcontrol. Thus, research consistently demonstrates that the lack of belief in one’s responsibility over his or her actions is incredibly beneficial for self-control." Related content: NCBI ROFL: Republican women look more feminine than Democrats. NCBI ROFL: Democrats and Republicans can be differentiated from their faces.People are attracted to the body odor of others with similar political beliefs.