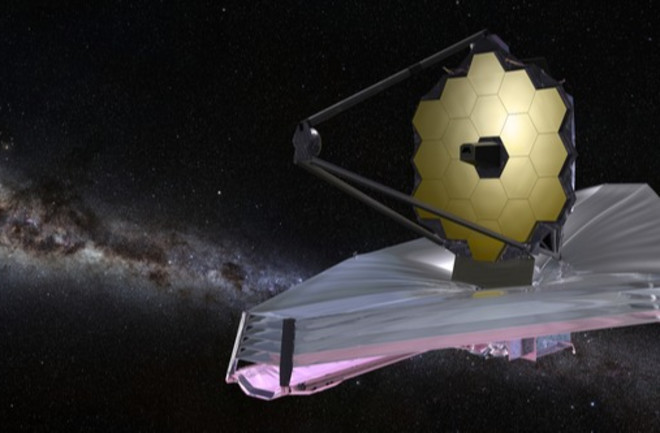 The micrometeoroid that hit the James Webb Space Telescope in May caused significantly more damage than expected and will have a lasting impact on the telescope’s observations, according to a NASA report on the spacecraft’s performance. By contrast, other micrometeoroid impacts during the spacecraft’s first six months of operation have had a negligible effect.

The report contains an image showing the damage to one hexagonal segment of the observatory’s main mirror, called C3. “The single micrometeorite impact that occurred between 22-24 May 2022 exceeded prelaunch expectations of damage for a single micrometeoroid,” says the NASA report.

Spot the difference: infrared images of the James Webb Space Telescope before launch (left) and after the micrometeoroid strike (right). The damaged C3 segment is to the bottom right of the mirror.

Spacecraft engineers can change the position and curvature of each segment and in this way were able to reduce the error to 178 nm rms. This has a measurable effect on the error of the main mirror as a whole. “However, the effect was small at the full telescope level because only a small portion of the telescope area was affected,” says the report.

The JWST team say the impact increased the error associated with entire main mirror to about 59 nm rms. “About 5-10 nm rms above the previous best wavefront error rms values.” That’s well within the performance limits the team were hoping for.

Nevertheless, the impact raises questions about the nature of the space environment where the JWST operates. This is a point in space about a million kilometers from Earth where the gravitational fields of the Sun, Moon and Earth are in balance and so provide a relatively stable location.

Ahead of the mission, engineers had expected the spacecraft to be hit about once a month by micrometeoroids of negligible mass. Of those that have struck “five had negligible effects, contributing a combined total of < 1 nm to the overall wavefront error,” says the report. A further 19 impacts have not had any detectable effect on the wavefront error. But one impact was much larger.

In the meantime, NASA is considering options to prevent further damage, such as pointing the spacecraft in certain directions to minimize the chances of impact, for example, by facing the mirror away from the direction of travel.

In other respects, the observatory is performing well. “Almost across the board, the science performance of JWST is better than expected,” says the report.

The launch process involved some 344 single points of failure, most of which were connected with the launch. Now, says the report, just 49 remain of which 15 are associated with science instruments but would not end the mission if they occurred. Most of the rest are common in spaceflight, such as the presence of only one set of fuel tanks and one high gain antenna.

“The telescope and instrument suite have demonstrated the sensitivity, stability, image quality, and spectral range that are necessary to transform our understanding of the cosmos through observations spanning from near-earth asteroids to the most distant galaxies,” concludes the report.