All cells on Earth are made of phospholipid membranes. Now astronomers have found the component molecules in interstellar space. 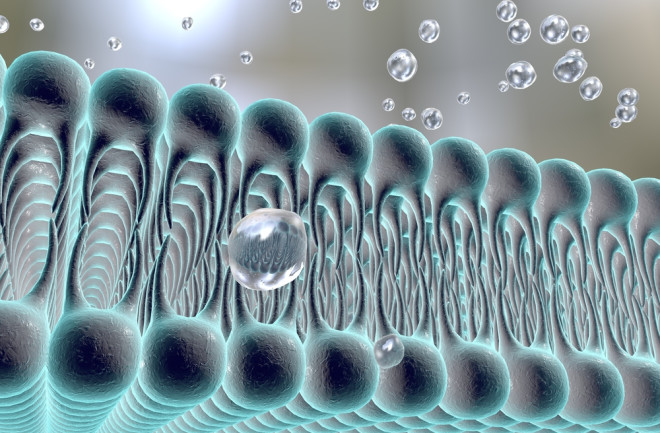 The origin of life is one the great unanswered questions in science. One piece of this puzzle is that life started on Earth 4.5 billion years ago, just a few hundred million years after the formation of the Solar System, and involved numerous critical molecular components. How did all these components come to be available so quickly?

One potential explanation is that the Earth was seeded from space with the building blocks for life. The idea is that space is filled with clouds of gas and dust that contain all the organic molecules necessary for life.

Indeed, astronomers have observed these buildings blocks in interstellar gas clouds. They can see amino acids, the precursors of proteins and the machinery of life. They can also see the precursors of ribonucleotides, molecules that can store information in the form of DNA.

But there is another crucial component for life – molecules that can form membranes capable of encapsulating and protecting the molecules of life in compartments called protocells. On Earth, the membranes of all cells are made of molecules called phospholipids. But these have never been observed in space. Until now.

Víctor Rivilla at the Spanish Astrobiology Centre in Madrid and colleagues, have made the first detection in space of ethanolamine, a crucial component of the simplest phospholipid. The discovery suggests that the interstellar medium is brimming will all the precursors for life. “This has important implications not only for theories of the origin of life on Earth, but also on other habitable planets and satellites anywhere in the Universe,” say the team.

The group made their discovery by analyzing light from an interstellar cloud of gas and dust called Sagittarius B2, just 390 light years from the center of the Milky Way. Astronomers have long known of this region as a rich reservoir of organic molecules, ices and dust particles.

Ethanolamine has the chemical formula NH2CH2CH2OH. The team simulated the spectrum that this molecule ought to produce at the cold temperatures thought to exist in the cloud. They then looked for, and found, clear evidence of this spectrum in light that had passed through the cloud.

Although never before spotted in space, astronomers have found ethanolamine in meteorites. How it got there has been an issue of some debate with some researchers arguing it could only have formed through an unusual set of reactions on a parent asteroid.

The new discovery suggests ethanolamine is much more widespread. On Earth, it forms the hydrophilic head of phospholipid molecules that self-assemble into cell membranes. Rivilla and colleagues say its discovery in interstellar clouds suggests “ethanolamine could have been transferred from the proto-Solar nebula to planetesimals and minor bodies of the Solar System, and thereafter to our planet.” That could have led to the formation of cells in the prebiotic soup from which our earliest ancestors emerged.

A more radical idea is that ethanolamine might allow the formation of protocells in the interstellar medium itself. This is rich in other prebiotic components such as water and amino acids, which these protocells would have naturally encapsulated. The result would then be ready-made melting pots of prebiotic goop ready to seed the Earth, or any other body that passes by.

Of course, none of this ultimately answers the question of how life began on Earth. But the work does show that there is no longer any mystery about where the building blocks of life might have come from. “These results indicate that ethanolamine forms efficiently in space and, if delivered onto early Earth, it could have contributed to the assembling and early evolution of primitive membranes.,” say Rivilla and co. The question now is: what happened next?