Filming the Unfilmable in Ender's Game: Q&A with Gavin Hood

How the Hollywood writer and director brings invisible internal conflicts to the silver screen. 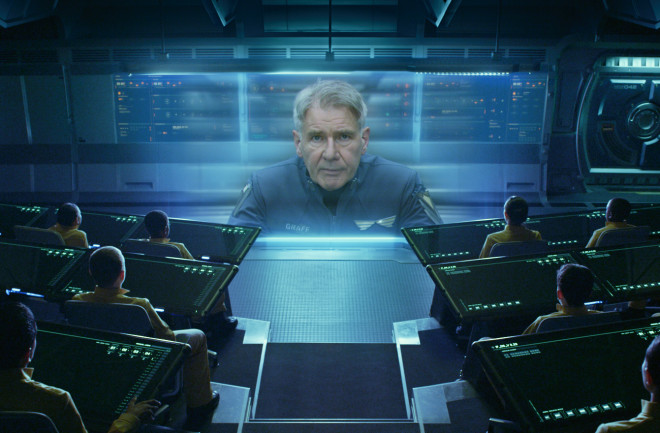 “Unfilmable.” That’s how Ender’s Game author Orson Scott Card has often described his 1985 novel about a gifted boy’s internal struggles as he trains for military service in a dystopian future. Fans worried what might happen if Hollywood got its hands on the complex, often subtle tale.

Hood’s achievements also include writing and directing 2005’s Tsotsi, an Oscar-winning adaptation of playwright Athol Fugard’s only novel: a story of violence and redemption that many considered, well, unfilmable. Hood talked with Discover Associate Editor Gemma Tarlach about the challenges of bringing internal conflicts to the silver screen.

Discover: As a filmmaker, how do you approach novels like Tsotsi and Ender’s Game?

Gavin Hood: I tend to see the characters as existing in real life. So I’m not adapting the novel; for me it’s an extremely rich source of research another artist has done. That artist had different tools than I do. My tools, my medium, include pictures and live actors.

The question I ask myself when adapting a book is how do I be true to the spirit and soul of the character? How would I describe this character in my medium? If you asked one person to do a painting of something and another to create a sculpture of it, you’ll never ask, “Why doesn’t the painting look like the sculpture?” You’d ask whether it captured the spirit.

D: Given the futuristic military backdrop, was there a temptation to turn Ender’s Game into an effects-driven, sci-fi action flick?

GH: Ender’s Game has fabulous opportunities for spectacle, where appropriate, but there’s also a tremendous central character. It’s a balance.

D: Was it important to maintain scientific plausibility in the action?

GH: We consulted with Elon Musk at SpaceX, and I have an amazing VFX (visual effects) supervisor, Matthew Butler, who went to MIT and has this extreme science background. First, we asked ourselves, what's the science? For example, how might things behave in a vacuum? But then you say, "This is entertainment. We have to give it visual pizazz." Our excuse to the scientific community is, "Het, it's all a simulation! We did the research, but it has to be entertaining. It's a video game the characters are playing after all."

D: Can you share an example of staying close to the science?

GH: We were very careful when the actors were on wires to simulate zero gravity that how their bodies moved was what you’d see in zero gravity. If an actor on a wire is pulled backward, his hips will stay where they are but his back, where he’s wearing the harness, will move.

But in zero gravity, his hips would move, too. We replaced the actors with CG (computer- generated graphics) when the wire moves were not accurate to zero gravity.

D: You've done epic sci-fi, comic-book hero backstories, gritty urban drama and more. Is there a common thread in the projects you bring to the screen?

GH: There’s always a theme I’m drawn to, that we humans are not good or bad. We’re all a mixture of both. We can have great compassion or commit great violence. With Wolverine, he was essentially a guy with post-traumatic stress who just wanted to put away his claws but was pushed into violence by his brother.

With Ender, you have a young boy on the brink of manhood with an older brother prone to violence and a very compassionate sister. Ender is a mix of them, and the story is about him learning to take responsibility for his nature.