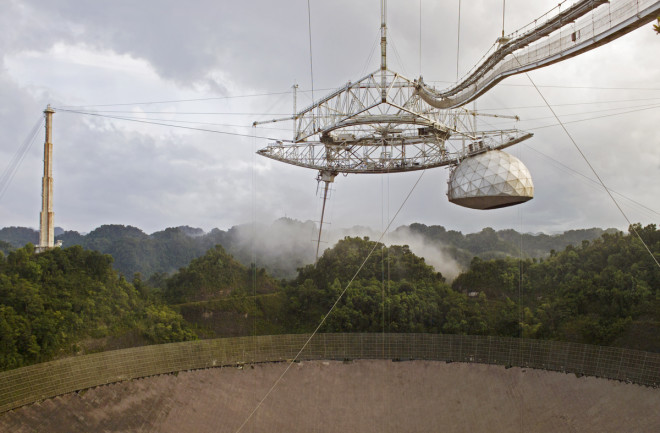 True, astronomers still don’t know the origins of these extragalactic milliseconds-long radio pulses, and until this year fewer than 20 had ever been detected. But starting in December 2015, new FRB detections came in from observatories around the world, including the Green Bank Telescope in West Virginia and the Molonglo Observatory Synthesis Telescope in Australia.

The most important FRB announcement of 2016 came from Puerto Rico’s Arecibo Observatory, which reported in March the first repeating FRB.

The 10 new bursts observed at Arecibo over the course of two months all came from the same direction of deep space — also home to an FRB observed last year — and each burst appears to have traveled the same distance. They’re almost certainly coming from the same space object. Mysteries remain, however: The bursts did not arrive at regular intervals, and they all have different signal strengths.

“The discovery of a repeating FRB has not only narrowed down the possible astrophysical origins of FRBs,” says lead author Laura Spitler of the Max Planck Institute for Radio Astronomy in Bonn, Germany, “but we also have a better shot at unraveling their nature by being able to observe more bursts from this source.”