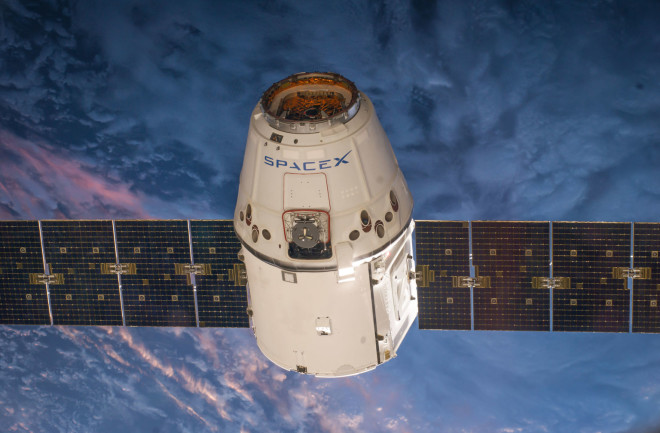 SpaceX's Dragon cargo spacecraft in orbit. The private space company has gotten permission from the FCC to launch over 7,000 satellites into low-Earth orbit. (Credit: SpaceX) Elon Musk’s SpaceX is cultivating a larger presence in space. The private space company has just won permission from the Federal Communications Commission (FCC) to deploy 7,518 satellites into low-Earth orbit. This is thousands more than the approximately 2,000 total satellites now orbiting and operating around Earth.

SpaceX currently has two test satellites in orbit and the company has previously received permission to deploy 4,425 satellites. These satellites, in addition to the newly-permitted ones, are built to provide broadband communications. SpaceX will begin launching the satellites next year, according to a statement. Today, satellites are developed to be smaller, cheaper, and more effective than older models. In fact, some of these satellites are just four inches long and as light as three pounds. But, despite their minuscule size, even tiny satellites can run into major problems in space.

There is a wealth of debris floating around Earth. From defunct satellites to pieces of old spacecraft, there are over 21,000 pieces of space junk larger than four inches and millions of debris measuring less than one-third of an inch orbiting our planet. As it collides and breaks apart, this junk could cause harm to working satellites and spacecraft. Satellites damaged and destroyed by collisions with this debris would only contribute to this “space junk” surrounding Earth. And the tiniest pieces of debris can severely damage satellites. “Even a centimeter-wide object can wreak devastating damage to satellites,” FCC Chairman Ajit Pai said Thursday before voting on space topics like SpaceX’s proposed satellites. So, with thousands of new satellites from SpaceX, each will be vulnerable to damage from space debris. The FCC voted 4-0 to advance rules that would require more calculations to show that a spacecraft poses a minimal risk of colliding in orbit. Still, the issues of an increasingly crowded orbit will be worsened by the growing number of small satellites, Henry Hertzfeld, the director of George Washington University’s Space Policy Institute, said in the statement. The official FCC authorization can be found here.