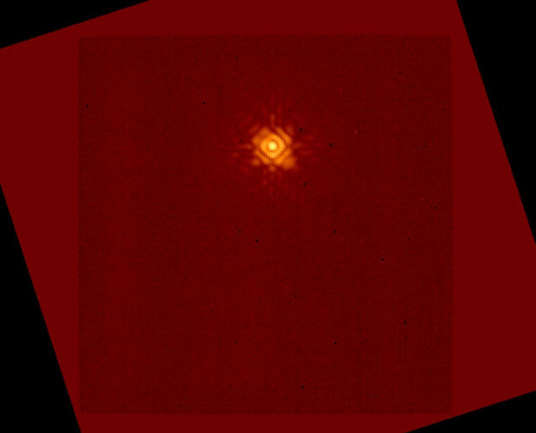 Taking an optical image of distant planets is tough because the bright light from their stars drowns them out. Project 1640 uses several instruments in concert to filter out enough starlight for nearby objects to become visible.

One of the issues that faces would-be astronomical photographers is the Earth’s own atmosphere, which distorts images of distant objects. To sharpen the picture, an adaptive optics system measures the incoming light and then uses a deformable mirror to try to eliminate the atmospheric distortion from the image. This creates a bright spot with rings around it.

Although the picture is clear, a longer exposure time would allow the instruments to capture more detail. But the starlight is too bright for a long exposure---unless it were blocked out somehow… 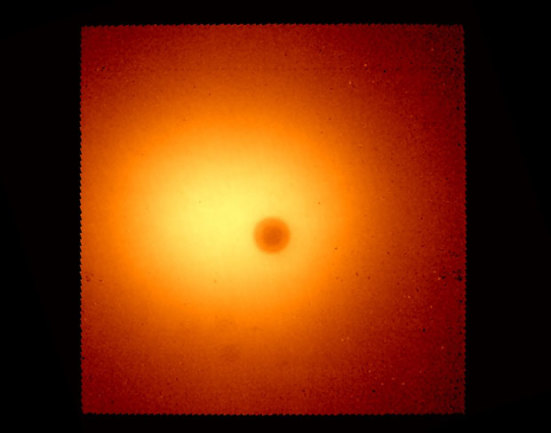 In this image of star HD 157728, the adaptive optics system is off, leaving us with a much blurrier picture. This photograph, however, takes advantage of a different tool: a coronagraph.

A coronagraph covers the body of the star with a dark spot, creating a false eclipse and making a long exposure time possible. To get a sharper picture and a longer exposure, the imaging system must use both adaptive optics and a coronagraph. 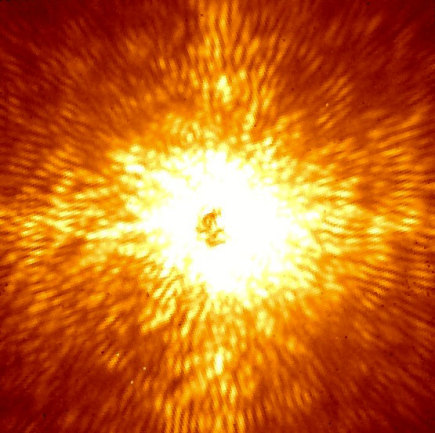 When the coronagraph and adaptive optics work in tandem, the system can capture a sharp image with the detail that comes from a long exposure time. While this lets us take better pictures of stars, it still leaves a bright background around the orb, enough to drown out any planets orbiting it. 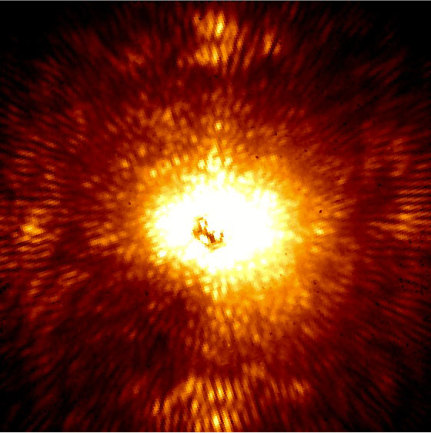 To reduce the strength of the blotchy background, a calibration system creates a box around the star. Within that square, the instruments that make up Project 1640 have very precise control of the light. By darkening the background within the box, researchers can make the star's companions visible---if it has any. 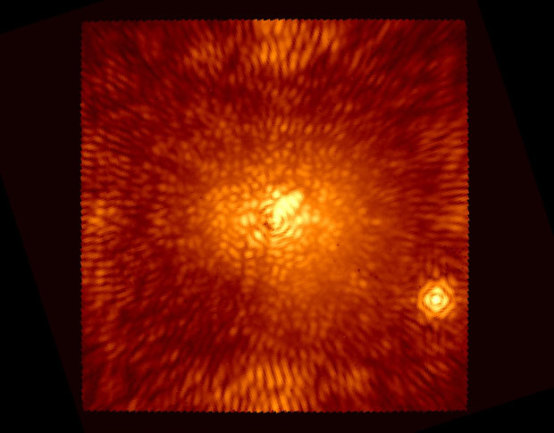 For example, Project 1640 used all its filters to capture this image of a star with a companion. By using the coronagraph, adaptive optics, and calibration system on the central star, the background becomes dim enough that the brown dwarf on the lower right side is clearly visible.

In fact, Project 1640 is capable of detecting objects 10,000 times dimmer than a brown dwarf, which means it could become the first imaging system to routinely snap optical images of exoplanets.

Project 1640 began surveying newly discovered exoplanets last month (no images have been released yet), specifically focusing on hot planets about the size of Jupiter.