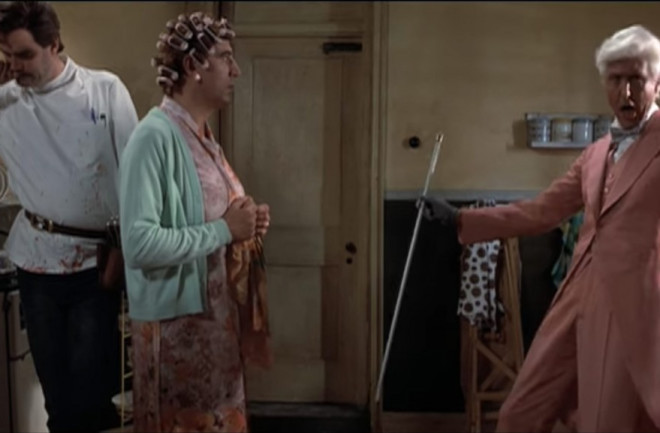 (Credit: Monty Python/YouTube) Any nerd worth her NaCl knows all about English comedy group Monty Python, and their version of the King Arthur legend, “Monty Python and the Holy Grail.” But lesser known are the troupe’s other feature-length films, including 1983’s “The Meaning of Life.” Amidst a dinner party with Death and a machine that goes “ping!”, audiences are treated to one of the weirdest, most catchy astronomy tunes out there: The Galaxy Song (sung here by Stephen Hawking).

It’s a true earworm (I’ll have the song stuck in my head for weeks now), but just how accurate is the science? Let’s take a look! Just remember that you're standing on a planet that's evolving In the sense that it changes gradually over time, sure, Earth’s evolving. And revolving at 900 miles an hour. Assuming they meant rotation, as in the Earth spinning on its axis (and not around the sun, as revolving typically indicates), then yes, this is true at certain latitudes. It's orbiting at 19 miles a second, so it's reckoned, Yes, pretty much: Our orbital velocity is 29.78 km/hour, or 18.5 miles/second. The sun that is the source of all our power. For the most part, yes. The sun powers photosynthesis, allowing plants and plant-eating animals to thrive. Our energy needs also mostly derive from the sun: Old plants and animals can turn into fossil fuels, and renewable sources like solar and hydroelectric power ultimately originate with our local star. But! Nuclear energy and geothermal energy both have independent power sources, so it’s not quite all our power. The sun, and you and me, and all the stars that we can see,Are moving at a million miles a day, Alas, our first major error. All the stars visible to the naked eye are indeed within the Milky Way (not counting the combined light from other galaxies), but our orbital speed around the galactic center is about 200 km/s, or roughly 11 million miles a day. The song is off by an order of magnitude. In an outer spiral arm, at 40,000 miles an hour, The solar system is in an outer spiral arm of our galaxy, but again we’re going at 200 km/s, or 450,000 mph. But 40,000 mph is about the same as “a million miles a day,” so at least the song’s consistent. Of the galaxy we call the Milky Way. Yes, we call our home galaxy the Milky Way. Our galaxy itself contains a hundred billion stars, There isn’t a single agreed upon figure for this in astronomy, but the common consensus is between 100 billion and 400 billion stars. So, sure, close enough. It's a hundred thousand light-years side to side. Yes, pretty much exactly! Though, a 2015 study found it might actually be 150,000 light-years across. It bulges in the middle sixteen thousand light-years thick, Pretty close: The Milky Way does have a bulge at its center, but it’s likely closer to 10,000 light-years thick (though some sources say 16,000 is right). But out by us it's just three thousand light-years wide. This is another figure with no clear answer, and most estimates range from 1,000 light-years thick to 3,000 light-years, earning the song one more “close enough.” We're thirty thousand light-years from Galactic Central Point, Another surprisingly accurate figure: We’re about 8 kiloparsecs from the Milky Way’s center, which works out to 26,000 light-years. We go 'round every two hundred million years; Well, close enough: About every 225 million years, more or less. And our galaxy is only one of millions of billions This is another one where the song is way off. “Millions of billions” would mean quadrillions of galaxies, and we’re nowhere close to that: Recent estimates put the number at about 2 trillion. But, that is 10 times more than was previously thought, so if trends continue, I guess the song’s figure might prevail one day. In this amazing and expanding universe. “Amazing” might be hard to quantify, but it’s pretty clear the universe is expanding. The universe itself keeps on expanding and expanding, Yup, see the previous entry. In all of the directions it can whiz;Yes, as far as we can tell. As fast as it can go, the speed of light, you know, Our last major error: The universe can (and parts of it maybe do) expand faster than the speed of light. While c is indeed the cosmic speed limit for matter, the universe itself is not constrained by it. Twelve million miles a minute and that's the fastest speed there is. The typical numbers for the speed of light are 3 x 10^8 m/second, or 186,000 miles/second, and they work out to a bit over 11 million miles a minute. So at least the song’s close. So remember, when you're feeling very small and insecure, How amazingly unlikely is your birth; Taking into account all the genetic and environmental accidents that had to happen throughout all of time to result in your specific birth, “amazingly unlikely” seems fair. And pray that there's intelligent life somewhere up in space, (SETI is famously trying to answer this question one way or another.)

'Cause there's bugger all down here on Earth!

This one is left as an exercise to the reader. Editor's Note: An earlier version of this article misstated our orbital velocity as 29.78 km/hour. The correct value is 29.78 km/second, or 18.5 miles/second.