Explosions at Popocatépetl and "Smoke" Rings at Etna 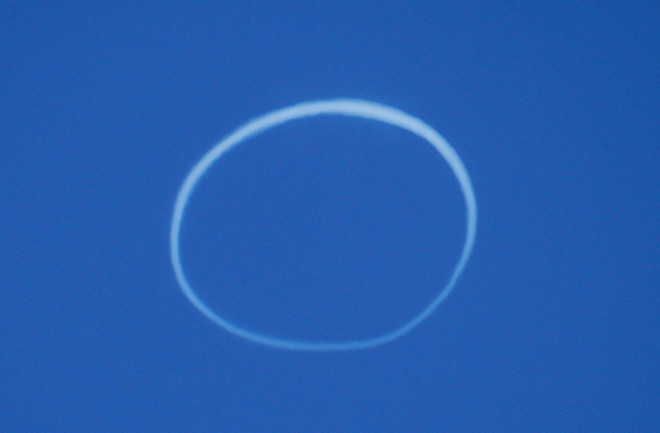 A "smoke" ring (actually made of steam, volcanic gases and maybe some ash) produced at Italy's Etna on April 11, 2013. Image: Dr. Boris Behncke, INGV Sorry about the lack of updates over the last few days -- I've been really busy as the semester ends and then yesterday was consumed by the events in Boston. For those of you that don't know, I grew up outside of Boston, so its my city. Hard to fathom the events for me, even with a day to digest it all. However, onwards we go with some news from the land of volcanoes: Mexico

An ashy explosion from Mexico's Popocatépetl on April 14, 2013. Image: webcam capture by Jason Hunter. Over the weekend, Popocatépetl had a notable explosive eruption that might have been caused by the clearly of any dome/plug material in the vent area or water getting deeper into the hot rocks at the summit. The eruption itself didn't produce a tall ash plume, but the less than 1 km plume did release lots of ash (as the webcam capture to the right suggests) which fell mainly to the northeast of the volcano (but not on populated areas). Incandescent at the summit has also been noted both on webcams and overflights of the volcano, supporting the idea that magma is very close to the surface. This explosion hasn't changed the status of the volcano in the eyes of Mexican officials (still at Yellow 2) -- as well it shouldn't as Popo is almost constantly producing a small steam-and-ash plume. Occasionally, larger explosions may occur, which is why people need to be aware of the activity at the volcano, but not panicked. However, this is the real challenge when the volcano behaves like Popo has over the last year -- being lulled into a state of complacency because of almost constant eruptive activity. Since the explosion over the weekend, the volcano has still produced dozens of small explosions that keep the stream of ash and volcanic gases coming out at the summit vent. If you ignore the incorrect headline, the Washington Post posted some AP video of the explosions from this weekend as well. You can watch Popocatépetl from a number of webcams run by CENAPRED. ItalyEtna is still rumbling and rolling over on Sicily, but that isn't the reason for this update on the Italian volcano. Instead, it is to show one of the oddest volcanic phenomena (at least in my mind) -- steam and ash rings (see above). Now Etna has produced these "smoke" rings before, but it is always impressive when it does as they seem so perfectly formed. Other volcanoes have produced them as well, including Eyjafjallajokull during its 2010 activity. Not much is known about exactly how these rings form, but it could be related to brief explosions in a confined vent that allows for that "puff", which then expands into a ring. Be sure to check out the great video (with sound) from Dr. Boris Behncke from the April 11-12 paroxysm at Etna -- definitely a spectacular view of strombolian explosions in the New Southeast Crater.