Exploring a Culture of Health: Creating a Roadmap to Community Health 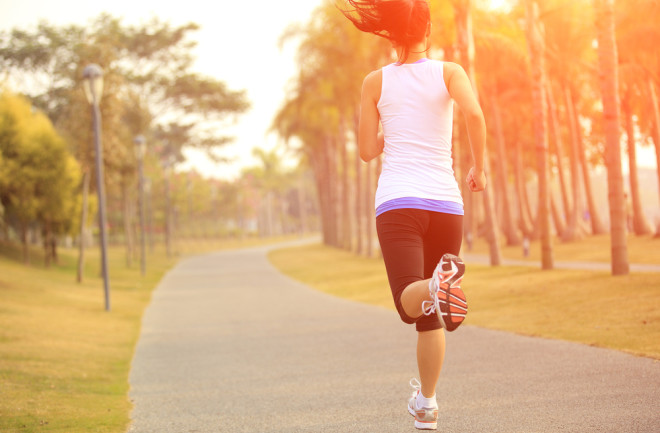 Creating roadmaps to healthy communities with County Health Rankings(Image: Shutterstock/Izf) This post is part of Exploring a Culture of Health, a citizen science series brought to you by Discover Magazine, SciStarter and the Robert Wood Johnson Foundation, serving as an ally to help Americans work together to build a national Culture of Health that enables everyone to lead healthier lives now and for generations to come. At first glance, Gem County in Idaho seems like it has everything made. Its county seat, Emmett was named “the best small city in Idaho,” and it will soon be launching a $53 million hydroelectric project destined to expand capacity to power 9,359 homes a year. But health data told another story when the community placed last in Idaho for healthy behaviors in the 2010 County Health Rankings. News of the Rankings was a wake-up call for Bill Butticci, the mayor of Emmett, and many of the county’s citizens. They formed the Community Health Connection group with the goal of improving the county’s ranking. The group began by conducting a community exercise from the Centers for Disease Control and Prevention (CDC) called CHANGE (Community Health Assessment and Group Evaluation ), a process that identified tobacco use, obesity, and chronic disease as areas on which to focus their health change efforts. With no significant budget, the group began by offering free or low-cost programs—educating the community about tobacco use, establishing walking trails, and more. They also established a community garden along with a learning garden to teach youth healthier eating alternatives, and how to grow their own healthy food. And Gem County became the first in the state to ban smoking in certain buildings and park space. Now Mayor Butticci uses the Rankings as a way to monitor the county’s health, “The Rankings give us a score card to keep us on track,” he says.

Gem County, Idaho used the County Health Rankings as a wake up call to build a culture of health (Image Credit: County Health Rankings) The County Health Rankings, an annual look at how counties compare within all 50 states on key factors that impact health, helps counties understand what influences the health of residents and how long they will live. “The major appeal of the Rankings is that they simplify complex data into an easily understood number or rank that can be used to generate attention toward specific issues, such as obesity, children in poverty, high school graduation rates, housing and teen pregnancy,” says Dr. Bridget Booske Catlin, a senior scientist at the University of Wisconsin-Madison Population Health Institute, and the director of the County Health Rankings. “They prompt action by community leaders, politicians, funders, and community residents to improve their health and the health of others in their community.” The Rankings have their origins in America’s Health Rankings, state-level rankings that have been published since 1990. “Curious about why the state rankings rose and fell over time, my colleagues at the university’s Population Health Institute (UWPHI) began to wonder if, just as Tip O’Neill maintained that ‘politics are local’, that perhaps ‘health is local’ too. They delved into the task of measuring the health of Wisconsin’s counties and released the first Wisconsin County Health Rankings in 2003,” explains Catlin. Over the next few years, other states became interested in using UWPHI’s approach to understand the health of their counties, and the work came to the attention of the Robert Wood Johnson Foundation (RWJF) which decided to collaborate with UWPHI to expand the Rankings to every state. In 2010, RWJF and UWPHI released the first national County Health Rankings. Communities in Action Communities have used the Rankings data to help them identify problems to solve, shift expectations to a longer view, and evaluate success over time. In 2013, RWJF introduced the RWJF Culture of Health Prize to honor communities that have placed a priority on the health of their citizens. The prize winning communities vary in size and type – some are larger urban cities and some are small rural areas. But they all have one thing in common: In each of these places community leaders, individuals, business, government and educators have forged powerful partnerships to inspire people to live healthier lives.

Winners of the 2014 RWJF Culture of Health Prize (Image Credit: RWJF) “Our goal is to use this award to bring national attention to the prize winners’ strategies and solutions, and inspire other communities to learn from their experience and set their own course for better health,” says Joe Marx, senior communications officer at RWJF. In the first year of the prize, about 160 communities applied and in the second year, that number increased to over 250 places who are working to make their communities healthier places to live, learn, work, and play. For 2014, the RWJF Culture of Health Prize winning communities are Brownsville (TX), Buncombe (NC), Durham (NC), Spokane (WA), Taos Pueblo (NM) and Williamson (WV). “We also have worked closely with national partners—United Way Worldwide, National Association of Counties, and the National Business Coalition on Health, and their affiliates in hundreds of additional communities who are looking at data from the Rankings and then developing partnerships with people from many different sectors to build a Culture of Health,” explains Abbey Cofsky, a senior program officer at RWJF. Get InvolvedCheck out your county’s ranking at County Health Rankings (There is a really helpful little toggle switch on the right of the page, which allows you to identify low-scoring areas). As a citizen scientist, are there data could you collect to help improve health in your county? For example, could you lead a charge to catalog the number of bike paths or parks in the area and their condition? Share your ideas below. Think your community is doing a good job at improving health? RWJF recently released the Call for Applications for the 2015 RWJF Culture of Health Prize. ***** Interested in health related citizen science? There are a number of other projects that are seeking your input as a citizen scientist. The projects below are part of a database of more than 800 citizen science projects created and managed by SciStarter, an online citizen science hotspot. Home Microbiome StudySound Around YouThe Human Memome Project