Expedition 28 from the ISS lands safely in Kazakhstan 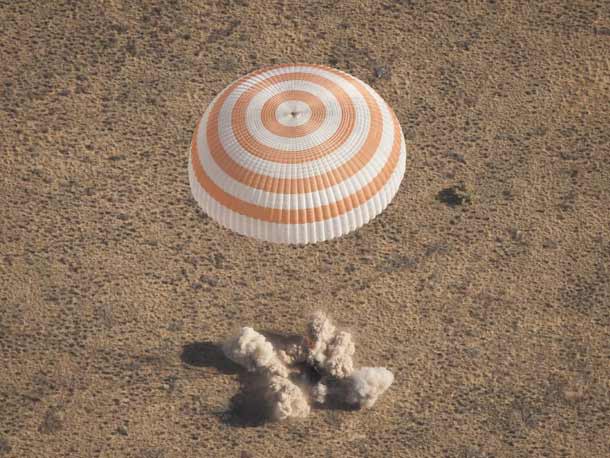 Among them was American Ron Garan, who has been taking devastating pictures of the Earth from the station. I mentioned this in an earlier post, but it bears repeating: the Russian space agency says they have found and fixed the flaw that caused a Soyuz rocket to crash last month. This rocket (and another one very much like it) carries supplies and humans to the station. After the crash, flights were put on hold. Now that the problem with the third stage pump is supposed to be fixed, an unmanned flight will be attempted in October. If it works, a manned flight to the station carrying three members of Expedition 29 will go up in November.