ExoMars Is About to Land on the Red Planet 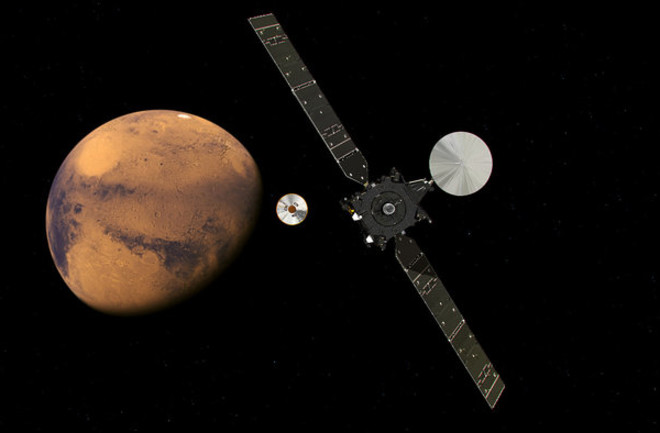 ExoMars is set to land on Mars on Wednesday, and if all goes according to plan, it will become the first probe not launched by NASA to successfully land on the Red Planet.

ExoMars is an astrobiology mission co-launched with European Space Agency (ESA) and Russian Federal Space Agency (Roscosmos). The goals of ExoMars are to look for signs of life on Mars, inspect the water and environment and study gases and their sources.

The mission is made up of two components: a Trace Gas Orbiter (TGO) and a Schiaparelli lander. Once they reach on Mars, the two will go their separate ways. TGO will investigate the atmosphere from orbit while Schiaparelli track wind speed, humidity, pressure, surface temperature, and will determine the transparency of the environment. Update: 11:35 a.m. CST: No word on the lander’s status yet, but the orbiter is doing its job.