Everything Worth Knowing About ... the Dark Universe

See the light on dark matter and dark energy. 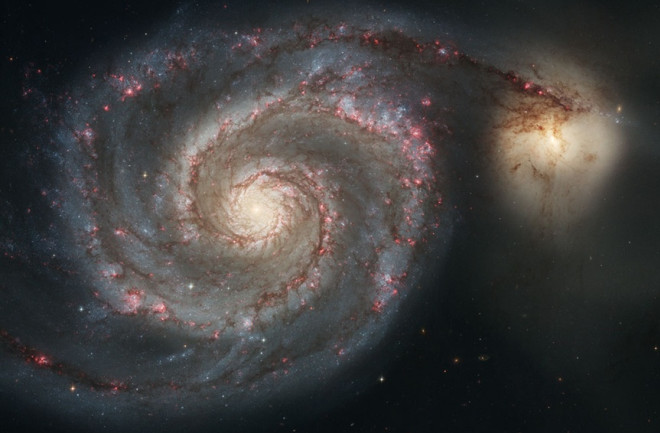 Say the universe is a restaurant entrée. Astonishingly, everything that we can discern on the plate, so to speak — protons, paramecia, people, planets, pulsars, you name it — altogether adds up to a mere sprig of parsley. To a cosmic garnish such as ourselves, the vast majority of the universe is invisible, an empty plate dominated by “dark” matter and a “dark” energy. The effects of these phenomena are writ large in space, yet their true natures have frustratingly evaded every instrument we’ve brought to bear.

How Do We Know Dark Matter is There?

What Could Dark Matter Be?

Probably an elusive kind of subatomic particle (or particles) that outnumbers normal matter particles by 5 to 1. The two leading contenders:

How Do We Look for Dark Matter?

Typically, dark matter aloofly passes through Earth, but in rare instances it might interact with normal matter; the trick is to tell when. Experiments like SuperCDMS and LUX-ZEPLIN rely on metal germanium crystals and liquid xenon, respectively, as their dark matter finders. Come 2020, these experiments will run in deep underground mines, shielded from the cosmic radiation striking our planet’s surface. The Axion Dark Matter eXperiment, started at Lawrence Livermore National Laboratory before moving to the University of Washington, seeks the subtle signatures — just a trillionth of a trillionth of a watt — left by axions as they’re snagged by a strong magnetic field. Telescopes are also on the lookout for telltale gamma rays from space, in case dark matter commits the particle version of suicide and self-destructs.

How Do We Know Dark Energy is There?

Space telescopes studying the Big Bang’s relic radiation (the cosmic microwave background) have found the universe is almost perfectly flat. That means light travels in straight lines unless it encounters mass. Scientists say this only really makes sense in a universe brimming with some kind of dark energy.

Dark energy would also explain why our universe’s expansion is accelerating. Although we’ve known for about a century that galaxies are receding from ours, scientists long speculated that matter’s gravitational heft would eventually slow cosmic expansion — maybe even reverse it, culminating in what’s called a Big Crunch. In 1998, however, astonished astronomers discovered the opposite. A certain kind of exploding star, called a supernova, turned out to be fainter than expected in the distant past, indicating that the universe is ballooning at an ever-faster rate, and has been for nearly half of its 13.8 billion-year existence. At the current clip of cosmic growth, the distance between galaxies will double in 10 billion years.

What Could Dark Energy Be?

Many astrophysicists wager that dark energy is inherent to the empty vacuum of space, comprising the universe’s bulk by virtue of being near-ubiquitous. After all, there’s a lot of emptiness out there.

How Do We Look for Dark Energy?

Huge sky surveys measuring the distribution of billions of galaxies over cosmic history could offer clues about the evolution of dark energy, as well as its enigmatic properties. Key missions include NASA’s Wide Field Infrared Survey Telescope (WFIRST) and the European Space Agency’s Euclid space telescope, plus the ground-based Large Synoptic Survey Telescope, opening in Chile in the 2020s.

Could Dark Matter and Dark Energy Be Wrong?

Oh yeah, big time. It could be that neither dark matter nor dark energy exists. Sure, it would require a major rejiggering of Albert Einstein’s extremely well-tested theories: Gravity would somehow have to operate differently on epic, cosmic scales. But don’t count out the possibility that current ideas about the universe are totally wrong. Many scientists freely admit they’re really — ahem — in the dark about the dark universe.