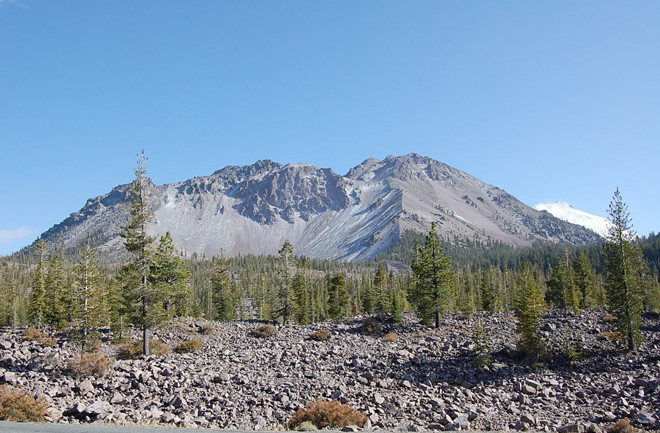 Chaos Crags, in the Lassen Volcanic Center, seen from Chaos Jumbles. Image: Erik Klemetti Well, it might seem early for some of you (and wrong for those of you in the southern hemisphere), but summer is upon us. Classes are 100% done here and I've spent the last week slowly changing gears from teaching (and research) to research (and teaching). This summer will be especially busy for me as I have two research students working with me on two ongoing projects and they will both be hitting the field and the lab over the course of the next three months. So, to give you a sense of what to expect this summer, here is the Eruptions summer projects:

When we're not in the field, we'll have plenty of lab work here to get the samples ready for analyses (and to get my new gold table running to separate out these dense zircon crystals). Throw in a trip to Chapman University in Orange, California in June to attend the Council for Undergraduate Research annual business meeting and some non-work related journeys to the homelands (Massachusetts and North Carolina) and you can see that I have anything but the summer "off" as a faculty here at a small liberal arts college. Fun stuff!