Environmental Protection Belongs to the Public: A #CitSciChat about the report for EPA on the role of citizen science 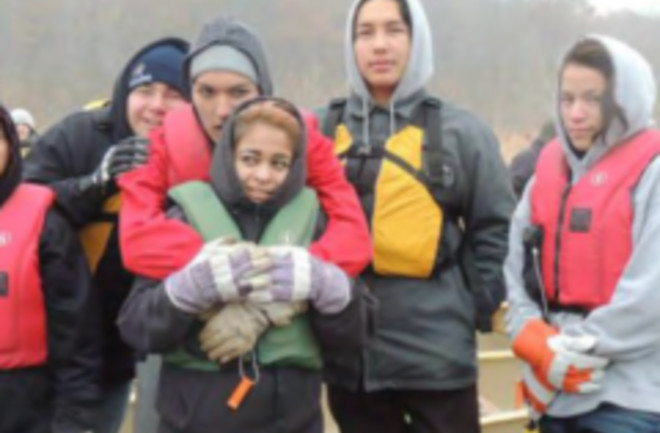 Oneida citizen scientists are ready to plant wild rice to help restore wetlands in the Coyote Run Natural Area, Oneida, Wisconsin. Credit: Oneida Environmental Health and Safety Division. Last month, the National Advisory Council on Environmental Policy and Technology (NACEPT), an EPA advisory council, transmitted a report to EPA titled Environmental Protection Belongs to the Public: A Vision for Citizen Science at EPA outlining thirteen specific recommendations for EPA. (Learn more about the report, its genesis, and NACEPT, in this post, coauthored byShannon Dosemagen, Public Lab and Alison Parker, ORISE Fellow hosted by EPA.) Tomorrow, January 11, 3-4pm ET, join some of the co-authors of the NACEPT report for a #CitSciChat, presented by Caren Cooper @CoopSciScoop and sponsored by @SciStarter. Panelists include:  Darlene Cavalier @scicheer and @SciStarter Bridgett Luther @BridgettCLuther Alison Parker @athousandflies Post questions and/or weigh in on questions including: In NACPET @EPA report, what are key take-home messages abt #CitizenScience? How can @EPA best support #CitizenScience (big data) & #CommunityScience (small data)? How can #CitizenScience support @EPA_research? How can #CitSci support regulatory role of @EPA? What sort of #CitizenScience might @EPA @EPA_research hope to fund in future? How much do #sensor innovations matter to future of @EPA #CitizenScience? and more! Join this critical conversation on Twitter by following #CitSciChat tomorrow between 3pm and 4pm ET.