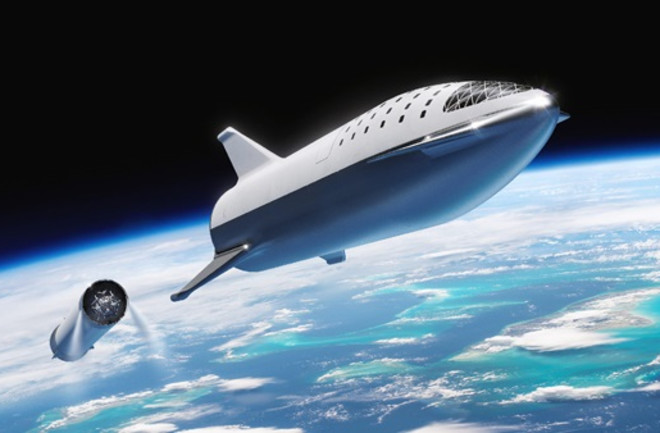 An artist rendition of Starship on a future flight in space. (Credit: SpaceX)

In a series of Twitter responses, SpaceX CEO Elon Musk confirmed Starhopper, the prototype for the company’s next generation of spacecraft, survived what appeared to be an explosion during a recent test.

On Tuesday, July 16, Starhopper had undergone a “static fire test” to check recently added Raptor engines on a testing pad in Boca Chica, Texas. But about five seconds after the test, a fireball surrounded the ship.

Early photos and accounts reported Starhopper had survived the fire, but doubts remained when neither Musk nor SpaceX would confirm the state of the spacecraft. On Thursday, after a Twitter user asked about the ship’s status, Musk finally responded that Starhopper was fine. “[A] big advantage of being made of high strength stainless steel: not bothered by a little heat!”

Musk also revealed on Twitter the cause of the fire was a fuel leak after the test was completed.

In the same series of tweets, Musk said the hover test — which will be the first untethered test and was originally planned for July 16 before being delayed in favor of the static fire test — may happen next week.