Education does socialize and shape

In my post below where I show that different groups accept free speech to different extents some asked if the fact that those with better vocabularies supported free speech could just be that they were college educated. To some extent this seems to be true. Here is the chart again of support for a racist being allowed to speak by vocabulary test score (0 out of 10 on the left, 10 out of 10 on the right). 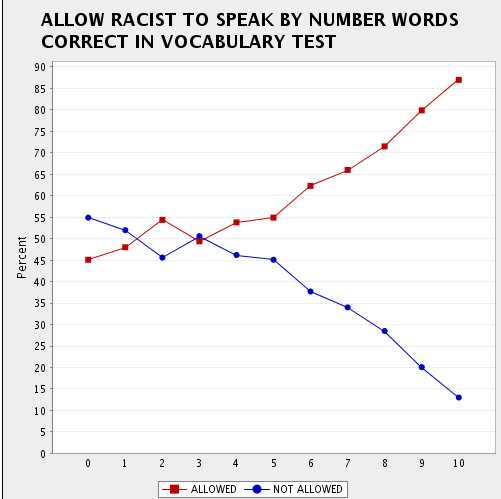 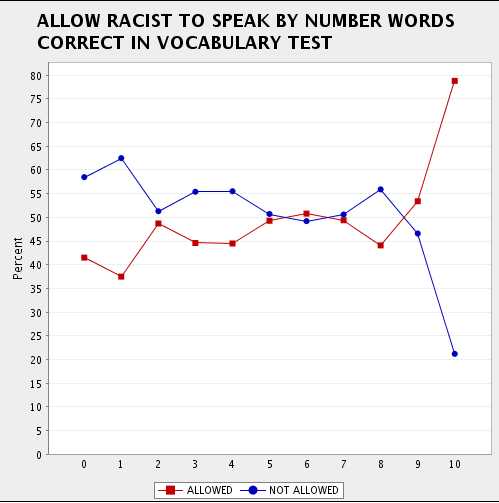 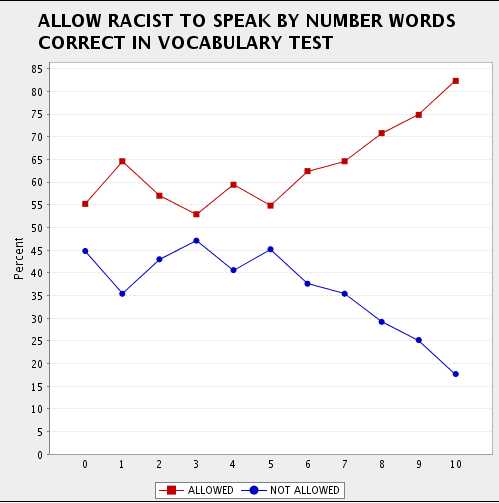 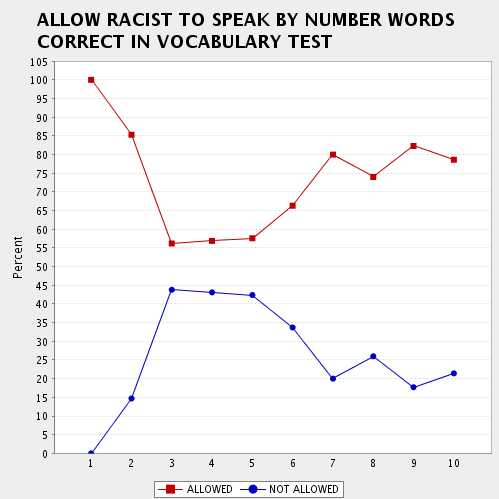 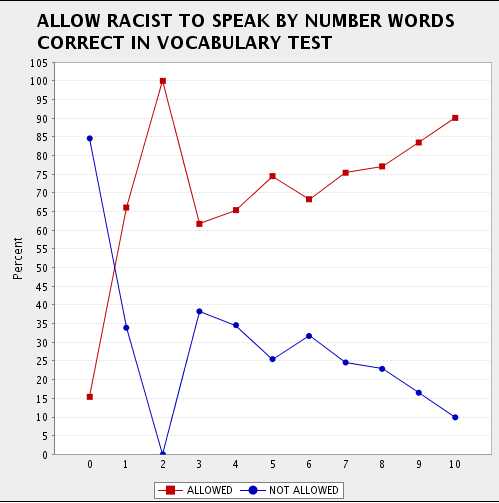 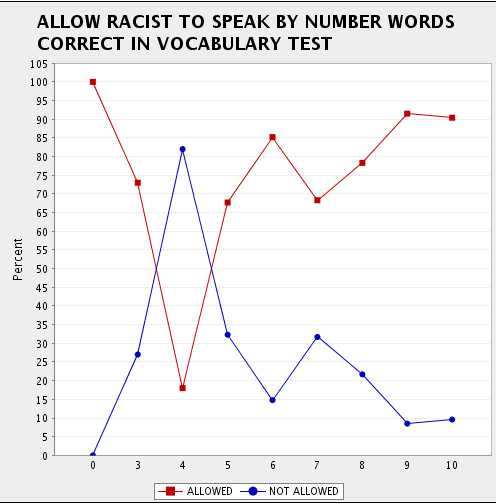 There aren't too many with college & graduate educations who have vocab scores below 5 out of 10, ergo, the volatility on that half of the chart. Those with high school educations are rather representative of the population. In any case, it seems that vocab is an independent predictor for those with high school educations, but the brainwashing that is higher education has its intended effect. I ran a quick & dirty logit regression in the GSS interface, and degree status had twice as big an effect as vocab test score.