Earth May Be a 1-in-700-Quintillion Kind of Place

A new study estimates there are 700 quintillion planets in the universe. 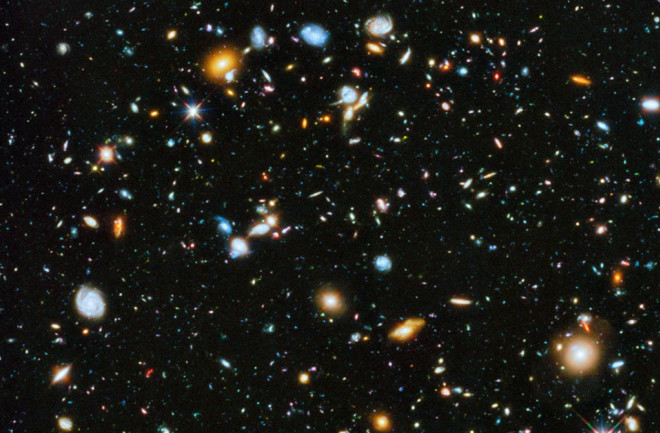 A new study suggests that there are around 700 quintillion planets in the universe, but only one like Earth. It’s a revelation that’s both beautiful and terrifying at the same time.

Astrophysicist Erik Zackrisson from Uppsala University in Sweden arrived at this staggering figure — a 7 followed by 20 zeros  — with the aid of a computer model that simulated the universe’s evolution following the Big Bang. Zackrisson’s model combined information about known exoplanets with our understanding of the early universe and the laws of physics to recreate the past 13.8 billion years.

Zackrisson found that Earth appears to have been dealt a fairly lucky hand. In a galaxy like the Milky Way, for example, most of the planets Zackrisson’s model generated looked very different than Earth — they were larger, older and very unlikely to support life. The study can be found on the preprint server arXiv, and has been submitted to The Astrophysical Journal.

Zackrisson’s work suggests an alternative to the commonly held assumption that planets similar to Earth must exist, based on the sheer number of planets out there. Ever since Copernicus put forth the theory that Earth is not the center of the universe, scientists have expanded the map of the cosmos and diminished our planet’s relative uniqueness. Current estimates hold that there are some 100 billion galaxies in the universe containing about 10^18 stars, or a billion trillion.

One of the most fundamental requirements for a planet to sustain life is to orbit in the “habitable zone” of a star — the “Goldilocks” region where the temperature is just right and liquid water can exist. Astronomers have, to this point, discovered around 30 exoplanets in the habitable zones of stars. Simply extrapolating that figure based on the known number of stars suggests that there should be about 50 billion such planets in the Milky Way alone. Probability seems to dictate that Earth-twins are out there somewhere.

But according to Zackrisson, most planets in the universe shouldn’t look like Earth. His model indicates that Earth’s existence presents a mild statistical anomaly in the multiplicity of planets. Most of the worlds predicted by his model exist in galaxies larger than the Milky Way and orbit stars with different compositions — an important factor in determining a planet’s characteristics. His research indicates that, from a purely statistical standpoint, Earth perhaps shouldn’t exist.

Still, the model is based on what we currently understand about the universe, and if there’s one thing we have figured out so far, it’s that we still don’t know very much. The model creates exoplanets based only on the ones we have discovered, which is an extremely small sample size that probably doesn’t provide a representative cross-section of all of the planets in existence.

“It’s certainly the case that there are a lot of uncertainties in a calculation like this. Our knowledge of all of these pieces is imperfect,” co-author Andrew Benson told Scientific American.“It was only recently that we even had enough exoplanet data to make a model of this kind possible.”

Nevertheless, the researchers are confident in the broader implications of their model: Earth is more than your garden-variety planet.